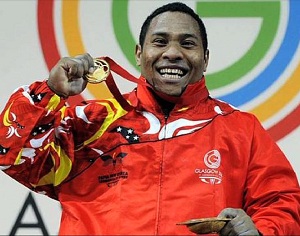 Coffa has been instrumental in Kari’s success, with training at the highest level.

However, he says he respects Kari’s decision to forgo training in the lead up to the Pacific Games.

In a news conference today, Coffa expressed concern over athletes’ commitment to training.

Particular mention was of Steven Kari, who failed to return to training after the Commonwealth Games.

He says the Oceania Weightlifting Federation was prepared to take Steven onboard but he showed no interest to return, citing personal reasons. He says Steven’s absence from training could affect his performance during the Pacific Games.

President of PNG Weightlifting Federation Sir John Dawanicura respects Steven’s decision but encouraged him to be focused on his career as a sportsman.