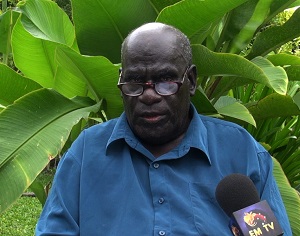 Investigations have been conducted on large sums of cash reported to be smuggled out by Chinese nationals conducting business in the Autonomous Region of Bougainville.

In an exclusive interview with Autonomous Bougainville Government Commerce and Tourism Minister, Wilfred Komba, he said this illegal activity has been ongoing and the department is investigating the matter.

Chinese operating trade stores and fast food shops in Buka under their Bougainvillean spouses and business partners and aren’t investing money back in the autonomous region.

Concerns were raised on large amounts of cash, ferried out of Bougainville and not deposited with the commercial bank.

It’s understood, the comprehensive Bougainville Investment Policy designed to protect local investors, welcomes foreign investors but to engage only in big businesses and not small to medium enterprises.

The findings will drive appropriate laws and policies that will encourage all foreign companies to invest their money and become genuine partners for Bougainville’s prosperity.

Chinese operating stores in Buka aren’t investing money in the region, but instead send cash and coins through normal commercial flights and coastal shipping services.

Sohia says such practice is unhealthy for Bougainville’s economic recovery and for banks and other financial institutions resulting in withdrawals higher than deposits.

The Bougainville Police Service are aware of this fraudulent activity happening and upon investigations found out, these Chinese don’t bank their money.