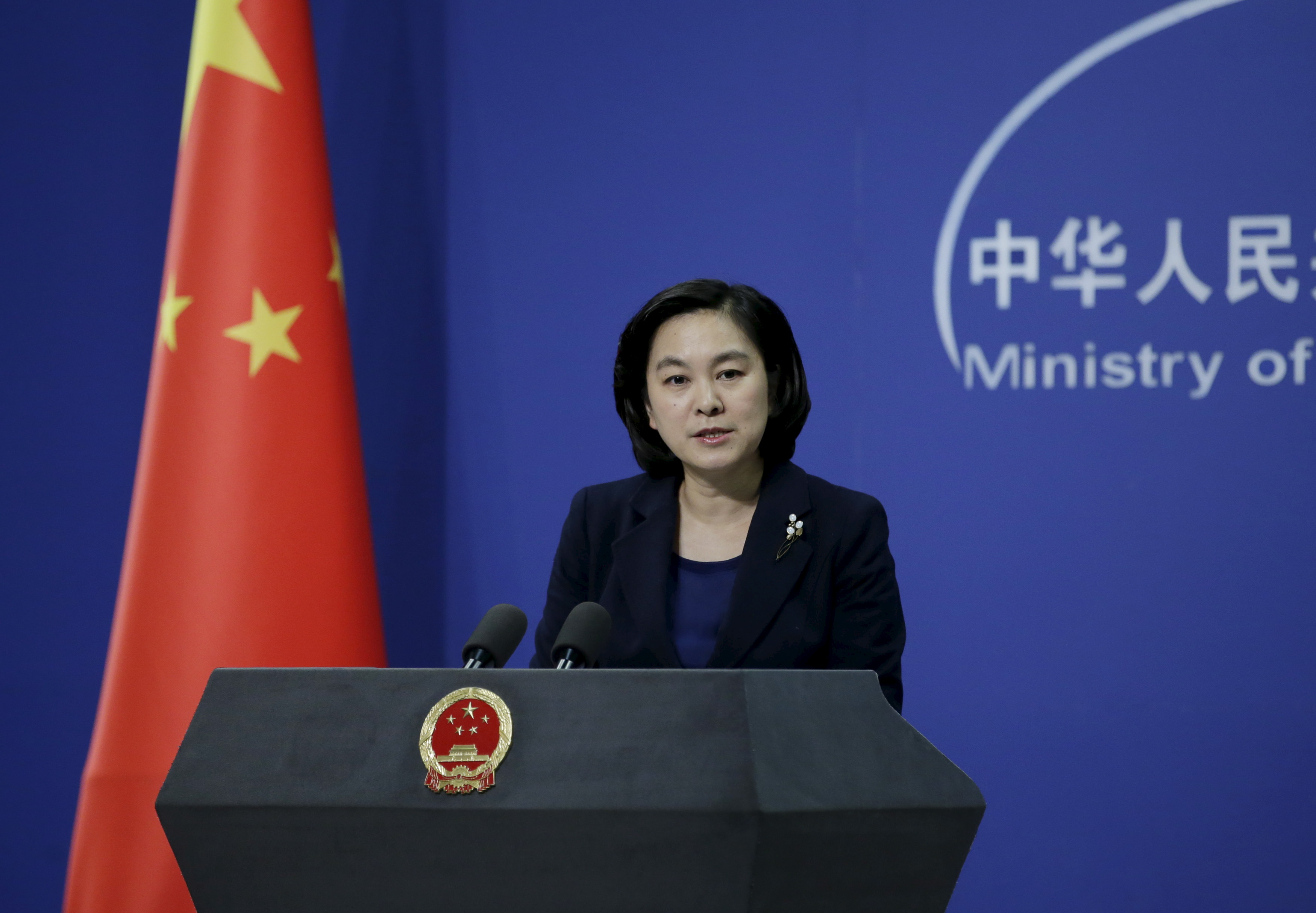 SHANGHAI (Reuters) – China’s foreign ministry criticized the United States for suggesting that Beijing was behind the cancellation of sensitive security talks planned for this month, underscoring the severity of trade tensions between the world’s two biggest economies.

China’s foreign ministry spokeswoman Hua Chunying said in a statement late on Wednesday suggestions made by a U.S. official that China had delayed the talks “completely distorted the facts, had a hidden motive and were extremely irresponsible”.

A senior U.S. official told Reuters on Sunday that China had canceled a security meeting with U.S. Secretary of Defense Jim Mattis that had been planned for October.

“China is extremely dissatisfied with this. The facts are that the United States a few days ago told China it hoped to postpone the second round of the China Diplomatic and Security Dialogue,” Hua said.

“We request related parties stop this sort of behavior of making something out of nothing and spreading rumors,” she said.

Beijing and Washington are locked in a spiraling trade war, with frictions between them threatening to move beyond trade.

The meeting of the U.S. China Diplomatic and Security Dialogue, which first took place in Washington last year, was due to be held with Mattis and U.S. Secretary of State Mike Pompeo.

China said on Tuesday it had postponed the talks with the United States at the request of Washington.

Reuters reported last week, citing sources briefed on the matter, that the key diplomatic and security meeting may not take place due to tensions in relations.

U.S. VP Pence to tell China – We will not be intimidated in South China Sea