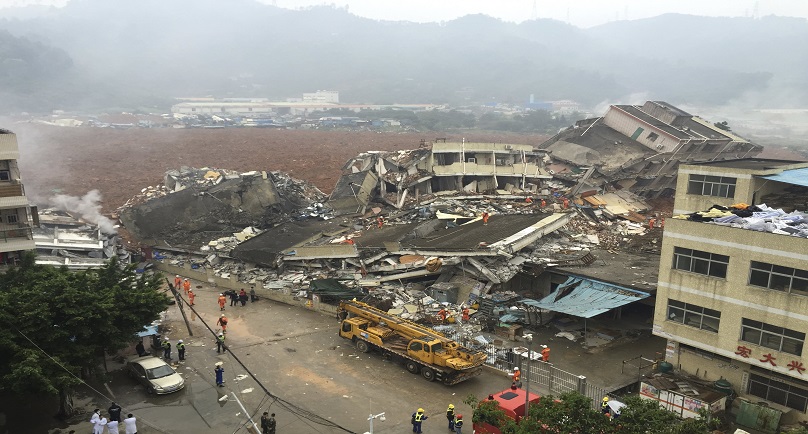 Hundreds of rescuers sifted through rubble looking for survivors after the landslide struck Shenzhen’s Hengtaiyu industrial park in the city’s northwestern Guangming New District in the morning, the official Xinhua news agency said.

Four people have been rescued from the debris, with three sustaining minor injuries, it said, citing rescuers.

As of 0900 GMT, rescuers had evacuated more than 900 people from the site, said Xinhua.
Xinhua had earlier said at least 41 people were missing, with seven people rescued and one suffering minor injuries.