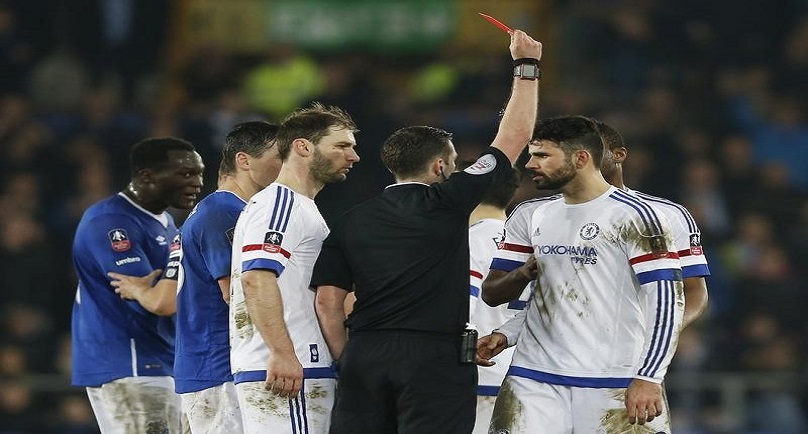 LONDON (Reuters) – Chelsea forward Diego Costa has been charged for improper conduct following his red card in their 2-0 FA Cup quarter-final defeat by Everton at Goodison Park on Saturday.

Costa, already booked for a first-half collision with Gareth Barry, squared up to the midfielder, shoving his face into the Everton player after being fouled in the 84th minute.

Referee Michael Oliver showed the Brazil-born Spanish international a second yellow card, meaning he was sent off for Chelsea for the first time.

“It is alleged his behaviour, after being shown a second yellow card in the game, amounted to improper conduct,” the FA said in a statement on Monday.

Costa has until 1800 GMT on Thursday to respond to the charge.

He also has until Wednesday to provide his observations to the FA in relation to an alleged gesture he made towards Everton supporters while leaving the pitch at halftime.