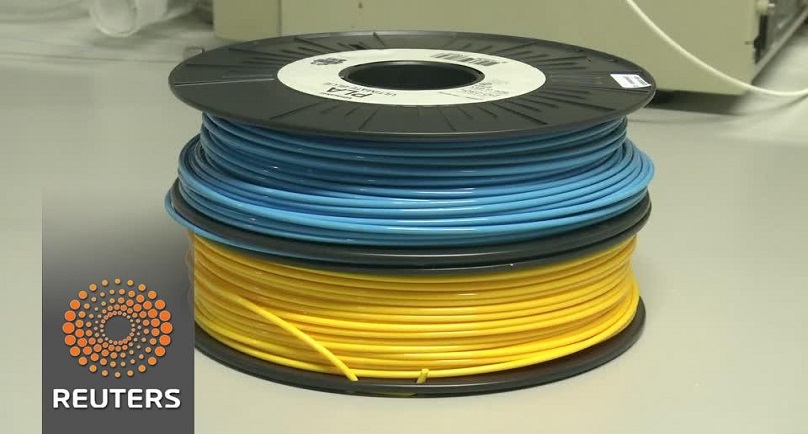 Researchers at the University of Leuven’s Centre for Surface Chemistry and Catalysis have published research in the journal Science that suggests a new method of simplifying the PLA production process and making it waste-free.

According to lead researcher Michiel Dusselier: “Instead of (the current) two-step process currently, it’s a one-step process. Our process runs about 100 degrees centigrade lower in temperature and our productivities, which is kind of how much product can you make per volume of reactor per hour are much higher and our product is also much cleaner, so we don’t make side products, for instance, caused by racemisation or other side reactions because we work at a lower temperature.”

PLA is derived from renewable resources, including the sugar in maize and sugarcane. Fermentation turns the sugar into lactic acid, which is a building block for polylactic acid. The production process for PLA is expensive because of the number of intermediary steps, which Dusselier’s team says it has eliminated. In traditional PLA production lactic acid is fed into a reactor and converted into a type of pre-plastic, low quality, material under high temperature and in a vacuum. The pre-product is subsequently broken down into building blocks for PLA. These intermediary steps also require metals and produce waste.

“Our process is based on condensation reaction in which we will contact lactic acid with a zeolite and zeolit’s are famous catalysts from refinery and petrochemical industry, and these catalysts are micro porous materials – sort of nano sponges – so they have a huge internal surfaces and they also have limited space inside their voids, so it’s kind of a reactive sponge,” explained Dusselier.

PLA will degrade after a few years in particular environments, while it is also industrially compostable and recyclable. It’s biocompatible, so suitable for medical use, and is also one of the few plastics suitable for 3D printing.

Dusselier says the Leuven process has a selectivity (efficiency) of 85 percent, compared to between 60-70 percent for other PLA alternatives, and is far more productive in terms of how much product can be made per volume of reactor. He told Reuters the remaining side products of traditional PLA processes is waste, whereas the new method could recycle the remaining 15 percent by extraction and put back into the reactor, eventually providing a zero waste process.

Supervising professor Bert Sels expects the new patented method to be an industrial game-changer. “The impact, I think, will be very great in the sense that we now have a very competitive process, where there is a monopoly at the moment,” said Sels. “I think there will now be much more players in the market giving you the product at much lower prices and I think this will maybe really be the start of the PLA into the bio-plastic business.”

The patent was recently sold to a petrochemical company which plans to apply the production process on an industrial scale.

“The invention was actually done within the university itself, but we had an agreement now with a petrochemical company that sold the patent and is now trying to upscale the process to see whether or not this is commercially feasible,” said Sels.

The Leuven team says that PLA will never fully replace petroleum-based plastics because objects such as toilet drain pipes are not meant to be biodegradable. But they insist that there is market for PLA and that by making it cheaper and greener they can help the global economy and reduce pollution.

Many children’s heart health not up to standards