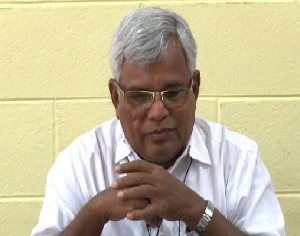 Father Victor Roche, from the Catholic Bishops Conference (CBC) of Papua New Guinea and Solomon Islands, has said that the conference condemns all forms of police brutality.

His comments were made following the increase in alleged police killings and assault cases, reported by the media.

In a conference today, CBC General Secretary, Fr. Victor said the numerous cases of police harassment on the public is a result of poor governance, endemic corruption within the police department, and the inadequate training of police personnel.

He said such issues are commonly faced by all police officers in Papua New Guinea, and they have a direct impact on the type of work these officers carry out while policing the communities.

Last month, the police force came under fire over killings that occurred in Lae, NCD and Wewak.

Following these killings, numerous public concerns were raised on both mainstream and social media, on the level of discipline and the use of firearms in the police force.

Fr. Victor said CBC is now suggesting that the constabulary hold proper investigations of the recent killings and abuse of police authority.

Furthermore, CBC recommends an increase in the training-period for new recruits, as well as for the government to review the wages and housing conditions for the entire police force.