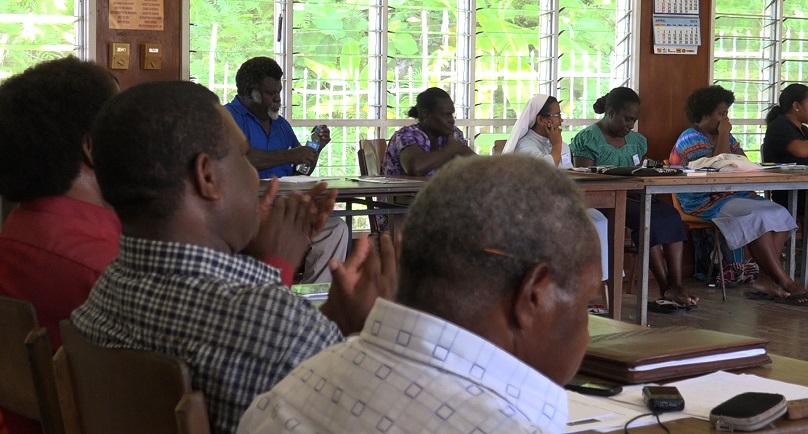 Catholic schools in Papua New Guinea have raised concerns on the state of their school’s operations in the education sector.

This follows the 11th National Catholic Principal’s Conference that has seen principals raising queries on TFF and other issues relating to their schools.

Chairman of Catholic Principal’s Conference, Hillary Suamba, says the church’s agencies have played a big role in the education sector with little help from the government.

Up to 50 principals from Catholic schools across the country attended a Catholic Principal’s Conference that attracted various concerns from their primary, secondary and vocational schools.

“We visited Unitech and a concern was raised that funding for training of specialist teachers was abolished, so we would like to encourage the department to continue to fund so that we can’train more specialist teachers,” Suamba said.

They are seeking the education department’s help to look into addressing some of their issues.

Over 100 schools and institutions in the country are Catholic coordinated, Mmost of which fall under the government and church partnership policy and which also receive almost all of their education funds from the government.

Like all other schools, these church agencies are carrying their problems daily yet continue to maintain a role of providing education services to PNG’s young population.