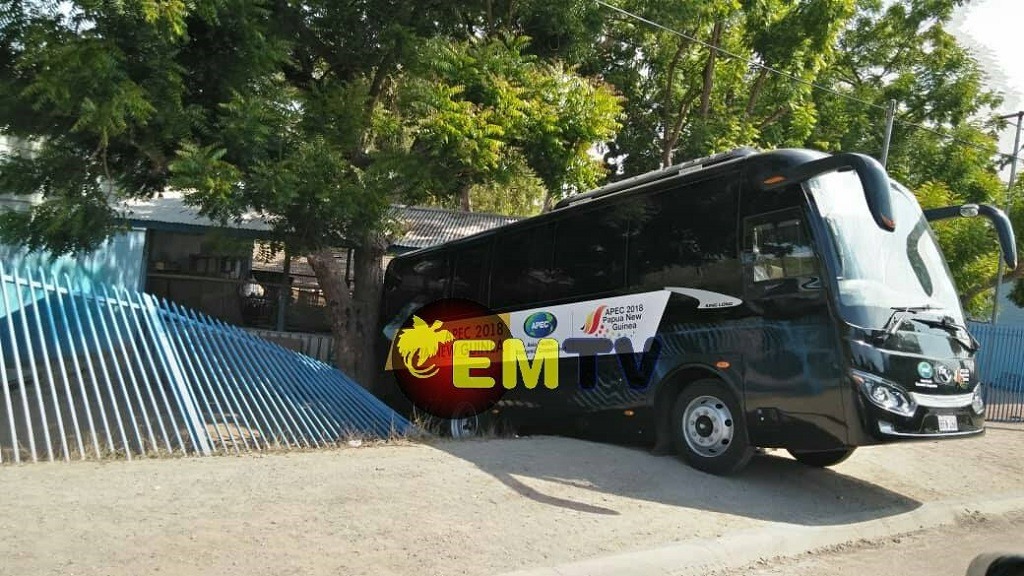 Last night (November 19, 2018) at 8 pm, one of the APEC’s 30 seater buses crashed into Carr Memorial School gate destroying the gate and was inches off demolishing the school Grade 5 classroom.

School Chairman, Andrew Solomon, expressed his disappointment as the police arrived at the scene an hour later. An attempt to get in touch with the APEC Minister produced no response.

“And this is not a good picture being painted to the International Community, as us the host city and the host nation of the APEC 2018.” Mr. Solomon said.

Although the driver and a crew member did not experience any injuries, it is believed that they were both under the influence of alcohol. Chairman Solomon said, “The driver was taken by Police who arrived an hour later and is believed to be in custody.”

This incident has disrupted classes for the 2000 students at Carr Memorial.

The grade 5 students had to be relocated to having class under a tree and doing their end of term exams in a different classroom.

Chairman Mr. Solomon calls on the appropriate authorities to fix up this mess that was uncalled for.

“We now want the APEC authority to come forward and take the responsibility in putting the fence back and take the bus away.”