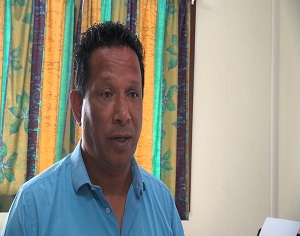 The chief executive officer of Lae’s Angau Memorial Hospital, Dr Jim Abrahams, says plans to improve the only cancer referral facility in the Papua New Guinea have already been prepared, and construction should begin.

Angau’s cancer treatment centre is the only cancer diagnosis and treatment facility in the country, that also caters for referrals from the four regions of Papua New Guinea. The facility is headed by Papua New Guinea’s only radiation oncologist, Dr John Niblett.

However, funding needs to be allocated for the beginning of the of the construction phase, after the Central Supplies and Tenders Board issues contracts.

Dr Abrahams also raised concerns about treatment, and the need for nationwide improvement. This has been an issue brought up in the past; and continues to be an on-going challenge for Papua New Guinea’s health sector.

Dr Abrahams explained the stark reality of treatment in the country’s only cancer treatment centre, where more equipment is needed to treat cancer.

The board and management of the Angau Memorial Hospital have plans to build a bigger, modern facility, to support the treatment of cancer in the country.

The alarming statistics and state of the cancer treatment facility at Angau has drawn support from government and the PNG Cancer Society.

However, the facility needs more support to operate effectively and carry out its core functions.

Northern Province Must Be A Drug Free Society