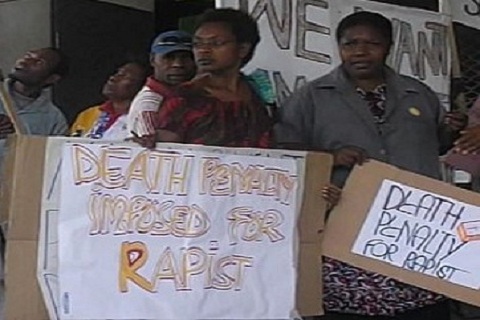 Calls for the death penalty against convicted rapist and murderers have again been drummed.

These have left many Papua New Guineas wanting ‘Dealth Penalty’ to be implemented.

The police have responded but haven’t been able to clamp down onthe problem in a big way. The public is in doubt if sentencing convicted rapists will endthe problem.

Hula Village Entrepreneurs Encouraged to be Resilient in Business

3 on 3 Competition:Addressing Social Issues Through Basketball