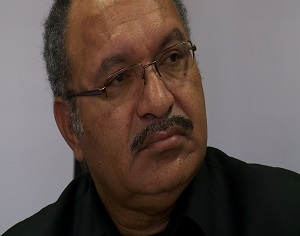 O’Neill said the changes come as the government continues to prioritise stability in the economy, the LNG project, and the Autonomous Region of Bougainville.

Among the changes, the Prime Minister will now oversee Bougainville affairs.

He said minor changes to cabinet positions are important to maintaining administrative flexibility as the global and national economy evolves.

The six ministerial changes are as follows:

*Prime Minister, Peter O’Neill, now takes on responsibilities of the Minister for the Autonomous Region of Bougainville;

*Ben Micah is the new Minister for Petroleum and Energy;

*William Duma is Minister for Public Enterprise and State Investments;

*Nixon Duban is Minister for Transport and National News;

*Justin Tkatchenko, Minister for Sport, as well as Tourism;

The Prime Minister explained that the former Minister for Tourism, Boka Kondra, would remain a minister without portfolio in the government whilst legal issues are being resolved.

In the meantime, O’Neill stressed that there are a number of important projects for PNG, which require ministerial focus to enhance the effectiveness of government processes. Among these are the new LNG project and development of a new gas field.

O’Neill said the government was careful in making changes to the cabinet and that changes are only done to enhance government capability.

He said most ministers are in their positions for extended periods to fully advance their departments, while ensuring stability.