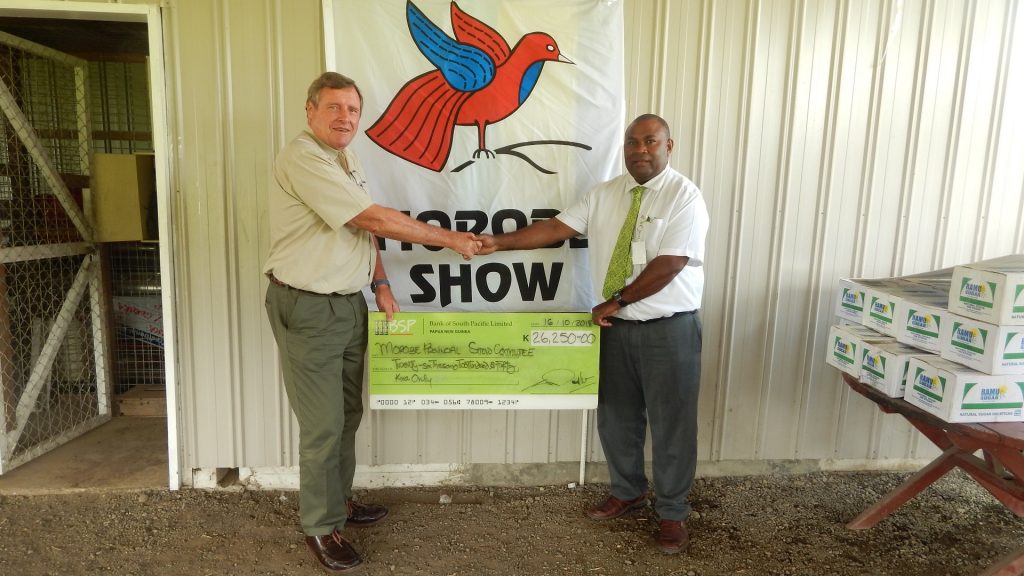 BSP made a sponsorship of K26, 000 to the Morobe Agricultural Show Organising committee on Tuesday 16, October for the event which is set for October 27-28 in Lae, Morobe Province.

Morobe Agricultural Show committee promises a bigger and better event this year that captured  Bank South Pacific’s (BSP) support once again which the bank expects will promote tourism and agriculture in the province.

For BSP,  Morobe Show is an opportunity for participants in these industries to showcase and promote agriculture, livestock, horticulture, floriculture and the SME sector in the community.

“We are always been proud to support this annual exhibition. It strengthens our community and business relations in the province,” said Dennis Lamus Area Manager – Momase Region.

Morobe Agricultural show president, Mr Mike Quinn, thanked BSP for the commitment over the years. “We expect a bigger and better event this year with visitors from around PNG and the world.”

This year, BSP looks at promoting various products and services including the finest SME product, and Mobile and Internet Banking services registrations.

BSP agents will also be showcasing the work of local BSP agents and accept deposits and withdrawals.