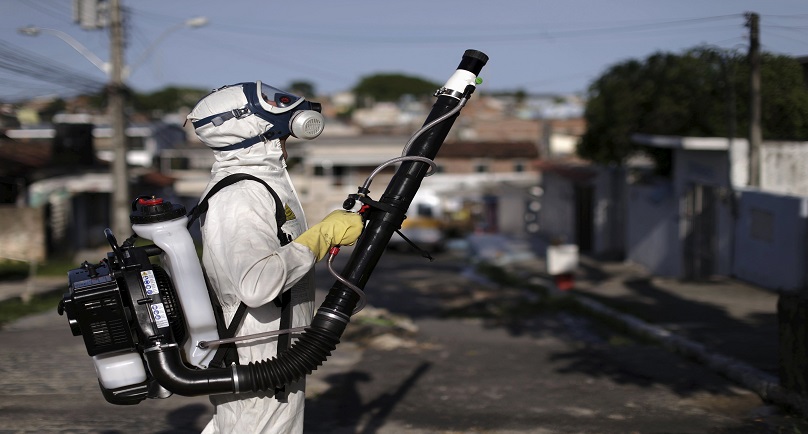 By Malena Castaldi and Sarah Marsh

MONTEVIDEO (Reuters) – Brazil’s health minister on Wednesday urged Latin American countries to work together in the fight against the Zika virus and said U.S. experts would arrive next week to begin work on finding a vaccine.

Alarm is mounting over the virus’ spread. The World Health Organization (WHO), which declared a public health emergency, says the virus has been transmitted in at least 32 countries, from South America to the Western Pacific.

Brazil, which has been hardest hit by Zika, said on Tuesday that 4,074 cases of infants with severe birth defects could be linked to the mosquito-borne virus, for which there is no vaccine.

“On Feb. 11, U.S. technical experts will arrive in Brazil to hold a high-level meeting where they will determine the first steps and timetable for developing this vaccine,” Castro said going into a meeting of regional health ministers in Montevideo.

In a 16-point statement issued later, the ministers agreed to share more information on the virus, strengthen public awareness campaigns at border crossings and airports as well as to bolster training of medical staff on how to prevent and treat Zika.

Zika has been linked to a birth defect known as microcephaly – in which babies are born with abnormally small heads and underdeveloped brains – and is spreading rapidly in the Americas.

There is, however, no proven link and the absence of microcephaly in other Zika-hit countries was confusing, said Colombia’s Health Minister Alejandro Gaviria.

“We have 20,000 confirmed cases of Zika,” Gaviria told reporters outside the meeting. “Yet we don’t have a single confirmed case of microcephaly. If you extrapolate the rates in Brazil to Colombia, we should have tens, even hundreds of cases.”

The rapid spread of Zika through the Americas has led governments to issue travel warnings advising pregnant women not to travel to infected zones. Some airlines have also offered refunds to passengers.

Echoing Brazil’s reassurances that there was no risk of canceling the summer Olympics in Rio de Janeiro this year, Gaviria said the Colombian government was not worrying for now about a slide in tourist numbers.

Drugmakers globally are racing to produce a vaccine for Zika, but producing a safe vaccine is strewn with hurdles and full regulatory approval could take years.