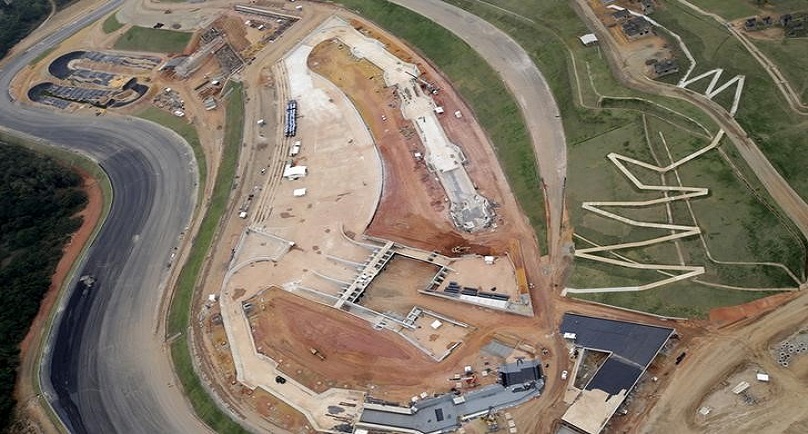 RIO DE JANEIRO (Reuters) – A federal court in Brazil blocked funding for the construction of an Olympic venue on suspicion of corruption, a source involved in preparations said on Tuesday, throwing fresh scrutiny on the Rio de Janeiro Games four months before they start.

State lender Caixa Economica Federal [CEF.UL] confirmed it’suspended payments to a consortium building the Olympic Deodoro complex, where 11 sports including rugby sevens and BMX Biking will be held, after receiving a court order. But the lender said it could not give a reason for the suspension as the case was under seal.

The news was first reported by the G1 website earlier on Tuesday, which said the suspended funds totaled 128.5 million reais ($35 million). According to the report, prosecutors in Rio say they found evidence of fraud in earthmoving services at the venue.

The Deodoro consortium is made up of builders Queiroz Galvão and OAS, a separate source told Reuters. The two companies are already deeply ensnared in a far-reaching investigation into corruption at state-run oil company Petrobras.

Queiroz Galvão said in an email it could not comment as it had not yet been notified, while OAS declined to comment.

The federal prosecutors’ office in Rio and federal court officials declined to confirm the blocking of the funds, saying the case was under seal. The mayor’s office would not comment saying they too had not yet been notified.

The office of Brazil’s comptroller general, known as the CGU, confirmed in an email that it audited the projects at Deodoro and shared its findings with federal prosecutors.

Deodoro is Rio’s second-largest Olympic cluster with nine venues being built at a cost of 800 million reais. Seven have already been completed, with the shooting and equestrian venues still under construction.

Police and prosecutors previously said they suspect corruption in Olympic building projects because they were carried out by the same major construction and engineering firms that have already been charged with graft in the Petrobras case.