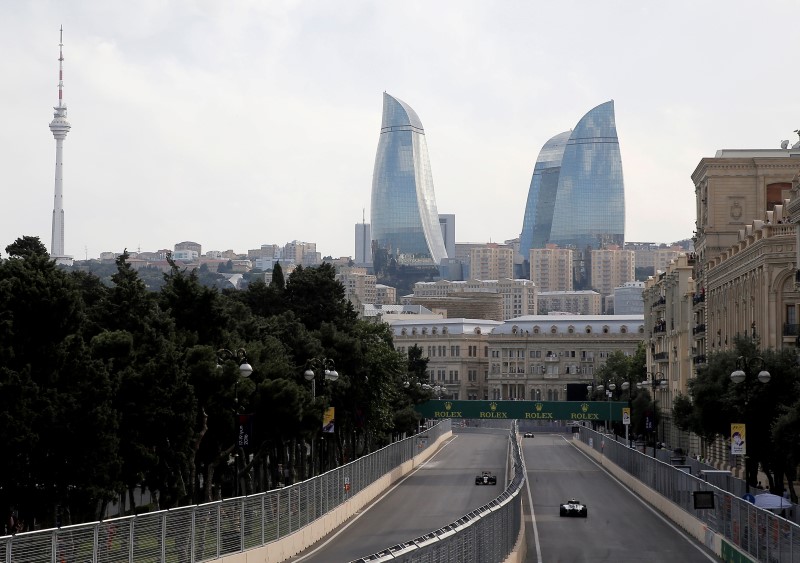 BAKU (Reuters) – Formula One had been braced for crashes and mayhem in Azerbaijan’s race debut on Sunday but instead the drivers defied all expectations and barely put a wheel out of place.

The safety car never left the pit lane, there were no accidents and none of the four cars that failed to finish hit anything.

It was all a bit of an anti-climax, if also a relief that nobody got hurt.

“Today was a bit unexpected. I got everyone’s hopes up yesterday by saying it could be the race of the season, It was, however, pretty uneventful,” said Red Bull’s Australian Daniel Ricciardo.

Maybe, as some suggested, watching the earlier GP2 support series turn into a demolition derby had influenced their behaviour.

“I think all the drivers probably watched the GP2 race, scared themselves witless and behaved impeccably throughout the grand prix,” said Red Bull team principal Christian Horner with his tongue somewhat in cheek.

“To not even have a virtual safety car, I don’t think anybody could have predicted that before the race. Especially with how many offs we’ve seen in all the sessions leading up to the race.”

Horner said the need to save tyres to make a one-stop strategy work had played a part. But so too had simple skill.

“We’re all much more experienced and we’re able to avoid the incidents better and we also learned a lot from what was going on in the GP2, for sure,” said Mercedes’ race winner Nico Rosberg.

“I think it speaks for the quality,” said four times world champion Sebastian Vettel, who was second for Ferrari. “I think we’ve talked a lot about this track being high-risk, dangerous.

“I think we had some corners here where you don’t want to think about what’s happening if you get it wrong, very little room for mistakes and error. But then it definitely makes you more alert…”

Vettel said he did not think anyone was taking it easy, but neither were they about to take “any stupid approaches to risk”.

Track designer Hermann Tilke saw strategy at play, with some drivers expecting a high rate of attrition and believing they could score points just by being there at the finish.

“They did a very conservative strategy, all the drivers,” said the German.

“And of course the drivers, and team managers maybe, saw the GP2 race and said, ‘If you finish maybe you are in the points’. But this was not the case.”