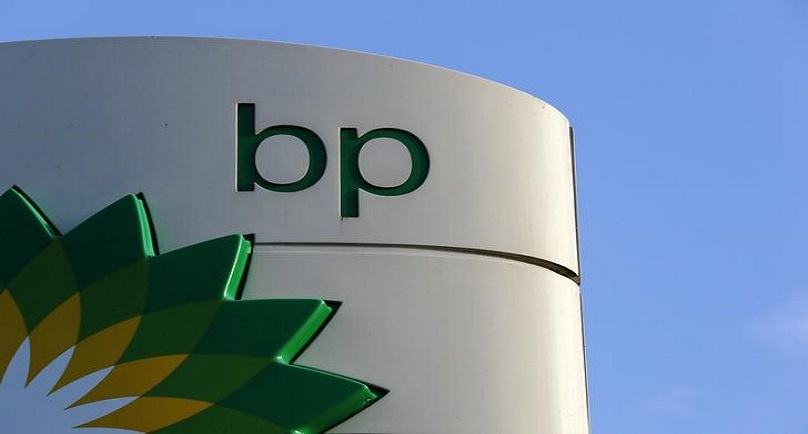 Image: A BP logo is seen at a petrol station in London January 15, 2015. REUTERS/Luke MacGregor/Files

By Karolin Schaps and Ron Bousso

LONDON (Reuters) – BP slumped to its biggest annual loss last year and announced thousands more job cuts on Tuesday, showing that even one of the nimblest oil producers is struggling in the worst market downturn in over a decade.

The Brit’sh oil and gas company, which is still grappling with about $55 billion of costs from the oil spill in the Gulf of Mexico in 2010, said it would cut 7,000 jobs by the end of 2017, or nearly 9 percent of its workforce.

BP said it lost $6.5 billion in 2015 and its fourth-quarter underlying replacement cost profit, which is the company’s definition of net income, came in at $196 million, well below analyst expectations of $730 million.

BP shares fell as much as 8.5 percent and were 8.1 percent lower at 6.36 a.m ET, the worst performer on the pan-European FTSEurofirst 300 index and on track for their biggest one-day fall since June 2010.

The company’s 2015 loss shows that even its “shrink to grow” strategy adopted after the Macondo rig explosion in 2010, hailed as the best preparation for a weak oil market, was unable to buffer the impact of the lowest oil prices since 2003.

“Should low oil prices prevail, they’re a quarter or two away from having to cut the dividend, or divest some more assets,” said Jack Allardyce, analyst at Cenkos Securities.

Dividends are considered sacrosanct among most major oil companies but BP’s weak results and outlook are likely to put pressure on a company that has had to increase borrowing. BP maintained its 2015 dividend at 10 cents per share.

BP’s results are the latest to show the extent large oil companies are struggling following a 70 percent slide in oil prices since the middle of 2014 that has forced them to cut tens of thousands of jobs and slash spending.

BP’s 2015 annual loss was bigger than the overall loss of $4.9 billion it reported in 2010, even though it took a $17.2 billion hit in the second quarter of that year after the explosion in the Gulf of Mexico.

BP declined to comment when asked if the company’s 2015 loss was the biggest on record.
Chevron, the second biggest U.S. producer behind Exxon Mobil, reported its first quarterly loss last week in more than 13 years. Royal Dutch Shell is expected to report a near halving of profits.

BP’s poor results came a day after credit ratings agency Standard and Poor’s placed the company on the path toward a credit downgrade and lowered Shell’s rating.

BP took a bigger-than-expected hit at its upstream oil and gas production business and booked charges of $2.6 billion in the fourth quarter because of low oil prices, including on fields in the Gulf of Mexico, the U.S. Utica shale acreage in Ohio and Libya.

Analysts at Bernstein said warmer than expected weather in 2015 probably meant that BP took a hit from some of its oil and gas hedging positions.

Benchmark Brent oil prices averaged $43 a barrel in the fourth quarter of 2015, down from $76 a year earlier. The poor market backdrop is set to persist with Brent averaging about $33 per barrel in 2016 so far.

BP said if the current downturn persists for longer than anticipated, it would be able to reduce its costs further to allow its balance sheet to break even below $60 a barrel.

“Should current conditions persist for longer than anticipated, we expect that all the actions we are taking will capture more deflation,” Chief Financial Officer Brian Gilvary said in a statement.
The oil and gas sector is set to slash spending to its lowest in six years in 2016 to $522 billion, following a 22 percent fall to $595 billion in 2015, according to analysts.

It would be the first time since 1986 that the industry has cut spending for two consecutive years.

It plans to cut 3,000 jobs in its downstream division by the end of 2017, on top of 4,000 cuts in its oil and gas production business announced last year.

“We are continuing to move rapidly to adapt and rebalance BP for the changing environment,” Chief Executive Bob Dudley said in a statement.

Its refining and trading operations, benefiting from cheap fuel prices, once again offset losses in oil and gas production, although BP indicated that supply and trading weakened over the fourth quarter compared to a year earlier.

Like many of its peers, BP has tapped the debt market to plug the gap in income to cover spending and dividend payouts. BP said it intends to maintain its debt at current levels. Its debt-to-equity ratio stood at 21.6 percent at the end of 2015.

Zika will not be issue at Olympics: Rio health official