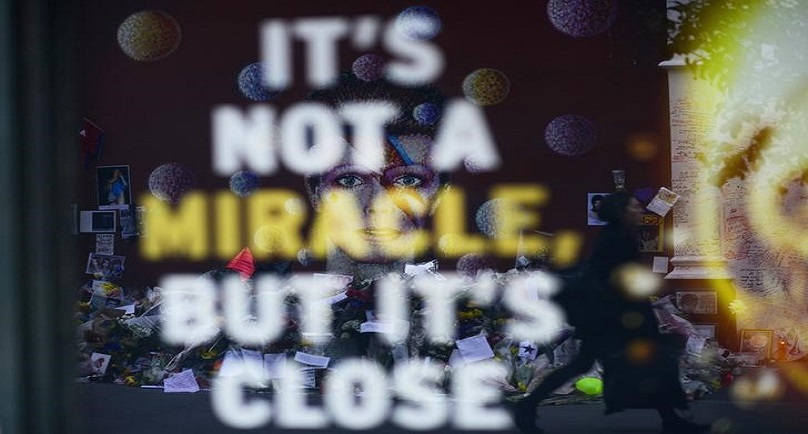 LONDON (Reuters) – David Bowie’s last album “Blackstar,” released just days before his death from cancer last weekend, soared to the top of the British album charts on Friday as fans bought or streamed over half a million of his records.

With three compilations of his best hits among the top 20 albums and classics like “Hunky Dory” at 14 and “The Rise and Fall of Ziggy Stardust” at 17, Bowie dominated the first UK lists since his death at the age of 69 last Sunday, the Official Charts Company said.

Blackstar, which won some of the best critical reviews of his career, becomes Bowie’s 10th chart-topping record.

It was described by his record producer, Tony Viscontis, as a parting gift for his fans, thousands of whom have been flocking to a memorial to the singer in his home town of London.

The album, which was firmly on track for the top spot in Britain even before his death, is also expected to top U.S. charts. Its sales increased there 1,055 percent once the news broke of his death, according to Nielsen.

Bowie will be honoured with a tribute at next month’s Brit Awards, as well as a memorial concert at New York’s Carnegie Hall on March 31.

Elsewhere on the British album charts, the Elvis Presley compilation “If I Can Dream” stayed in second place, with Adele’s “25” down two places at three.

Justin Bieber stayed top of the singles with “Love Yourself,” Shawn Mendes was up two spots in second place with “Stitches” and Bieber’s “Sorry” was down one at three.