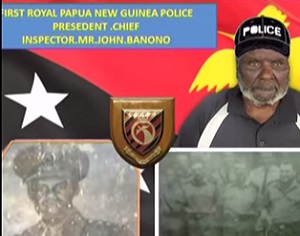 The late John Banono from Lemankoa Village in Buka, Autonomous Region of Bougainville, died at the age of 89.

The late Banono completed his primary education at St Joseph’s Marist run at Rigu boy’s high school, then continued with his entrance to the Bomana Police Training College in 1974.

He was then selected to continue cadetship training at the Melbourne Police College in Australia.

Banono was a man with wealth of experience and highly respected within the public service who served the police force with discipline, honour, respect and dignity.

He was among 300 other police personnel deployed by the National Government to Buka Island in the Autonomous Region to demolish cargo cult activity led by leader, late John Teosin of Hahalis.

The late Banono was also a member of the Bougainville Transitional Provincial Government.

A state funeral will be held in Buka later to farewell this great leader.