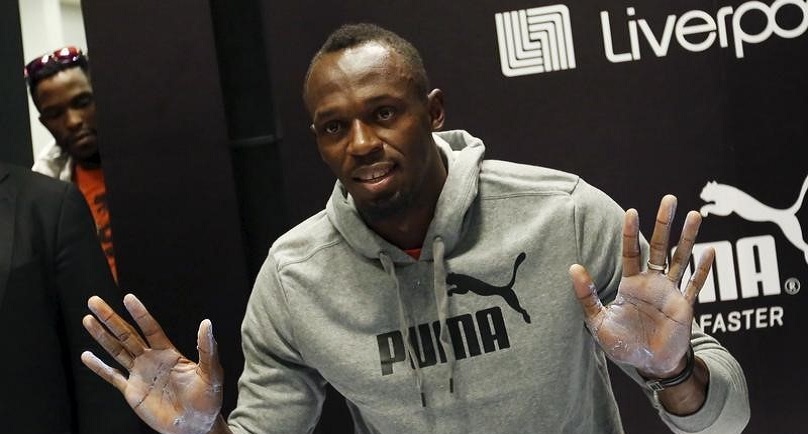 KINGSTON (Reuters) – Six-times Olympic champion Usain Bolt has already started his preparations for next year’s Rio Games and has sent a warning to his competitors — he thinks he is capable of breaking 19 seconds in the 200 metres.

“I really want to run under 19 seconds,” Bolt told Reuters from his training base at the University of West Indies in Kingston as he began preparations for next year’s Rio Olympics. “It’s one of my major goals.

“I think it’s one of the toughest ones, because it’s going to be hard to find the right day and sometime the perfect race to get this (200m record).

“It will not be an easy task, but I personally feel I can do it and my coach (Glen Mills) thinks I can do it so it is just about the work and finding the perfect time to do it, so it is one of the things (for 2016).”

Bolt is seeking to become the first man to win three successive Olympic titles in the sprint events and the 4x100m relay in Rio.

The lanky Jamaican shrugged off a nagging pelvic injury this year to win three golds at the Beijing world championships in August, which included ending American Justin Gatlin’s almost two-year unbeaten run over both the 100 and 200 metres.

Gatlin has already said he feels he is closing the gap on his Jamaican competitor, having only lost the 100m final in Beijing by 0.01 seconds. Bolt won the 200 more comfortably.

“So for me, I live to compete and I look forward to my team mate Yohan Blake coming back … he’s been out for pretty much two seasons.”

The Jamaican, whose initial day of training was thwarted by rain, sounded a warning to Gatlin, Blake and anyone else considering trying to stop him at next year’s Olympics.
“Justin Gatlin says he’s coming, but for me, I’m much more focussed,” Bolt said.

“I’m starting the season in a much better shape than I did the last one, so it is only forward from here.”