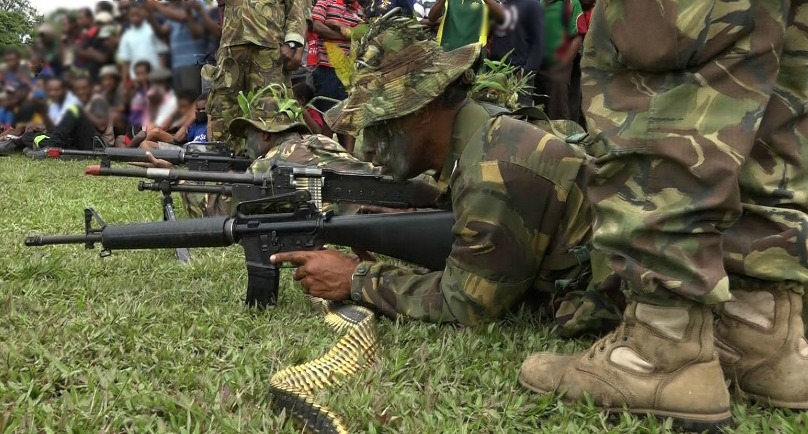 At the handing over ceremony in Kompri valley, community leaders Bill Nakambi and Forereme Marereme thanked the Defence Force Soldiers for finally bringing the body back to his village.

He said they waited for eight weeks before the body is brought to them.

‘‘We are concerned at the manner in which late Jomuno was killed and barbarically butchered,” Nakambi said.

Marereme said they are frustrated now because it has taken too long but responsible authorities had not been able to establish any form of dialogue and negotiations between Hela and Eastern Highlands Provincial Governments to mediate to reach peace.

Nakambi and Marereme called on Police Minister and local Henganofi MP, Robert Atiayafa, with Governor, Julie Soso Akeke, were given  a petition notice to find a neutral venue to mediate with the Hela people and to provide logistical support and to get to the root cause of the shooting and killing of these innocent soldiers.

“We also respect our late brother as an officer of law enforcement body, we are holding back our frustrations. I call on Hela people to come and we solve the problem,” he said.

Children With Special Needs Locked Out