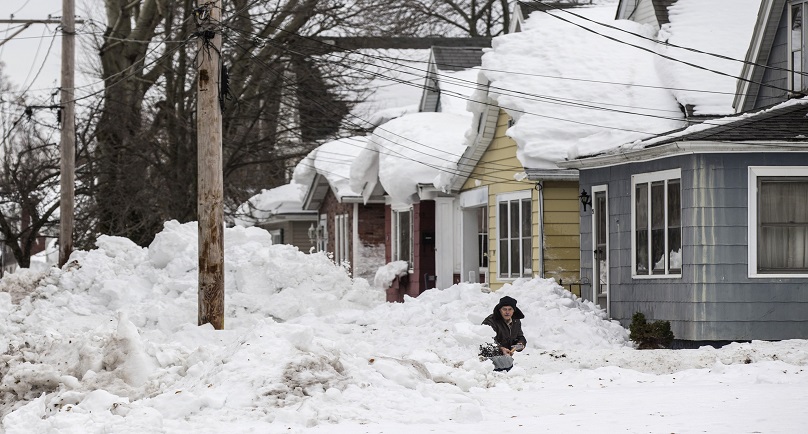 NEW YORK (Reuters) – The notoriously snowy city of Buffalo, which was buried under nearly seven feet of powder in a single storm by this time last fall, on Friday broke a 116-year-old record for its longest period without measurable snow, meteorologists said.

“We always get so much snow and so when you go so long without it, everybody wonders what’s going on,” D’Amore said from the service’s Buffalo office.

This year’s El Niño weather phenomenon, expected to be the strongest in nearly 20 years, is what’s going on, D’Amore said.

El Niños in the past have delivered sizable winter rainfall to drought-stricken parts of the country and unseasonably warm temperatures to others.

Forecasters say Buffalo, which typically sees its first dusting of snow by Oct. 24, is likely to remain without snow for another seven to 10 days.

Last year, Buffalo was blasted with so much of the white stuff that the National Guard was called in for snow removal and wicked weather resulted in the deaths of more than a dozen people in the region before the end of November.

Friday’s record-breaking news was welcomed by Buffalo residents who cheered the no-show snow on social media. “No complaints here!,” wrote a Twitter user by the name of @mattpitts.
Business owners in the area, too, welcomed the fair weather.

Bill Gersitz, who owns Gersitz Hardware & Supply Co. in Buffalo, said he’s seen an upswing in customers buying roofing items and other products to fix up their home exteriors.

“Normally people would be shut in if we had snow like we did last year,” said Gersitz. “It has been great weather.”

The National Weather Service measures snow using instruments placed in strategic locations and registers it once the amount is at least a tenth of an inch. No measured snow does not necessarily mean not a single flake has fallen.

Forecasters also cautioned that the lengthy time without snow this season does not necessarily indicate a mild winter. “It just means the weather will start later in the year,” D’Amore said.