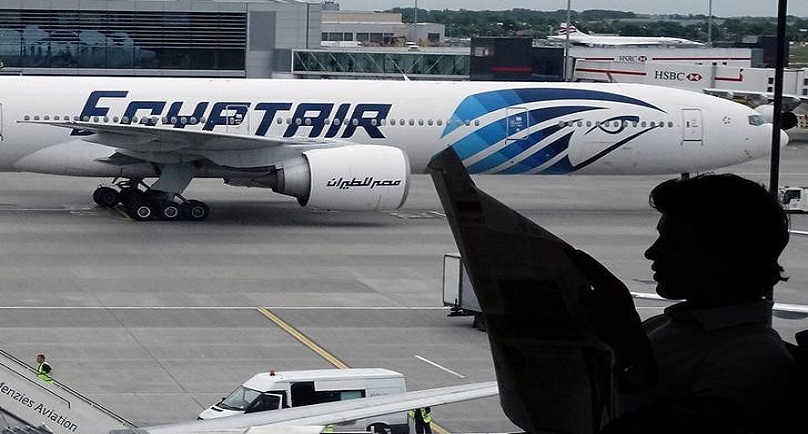 Image:FILE PHOTO – A passenger reads a newspaper at a departure hall of London’s Heathrow terminal as an EgyptAir plane taxis on the tarmac of the airport May 20, 2016. REUTERS/Yannis Behrakis/File Photo

CAIRO (Reuters) – Search teams retrieved the cockpit voice recorder from EgyptAir flight MS804 on Thursday in a breakthrough for investigators seeking to explain what caused the plane to plunge into the sea, killing all 66 people on board.

The Airbus A320 crashed into the Mediterranean early on May 19 on its way from Paris to Cairo.

Since then, search teams have worked against the clock to locate the wreckage and recover the two black box recorders crucial to explaining what went wrong, before they stop emitting signals in about a week.

Egypt’s investigation committee said in a statement that a specialist vessel owned by Mauritius-based Deep Ocean Search was forced to salvage the device in stages because it was extensively damaged, but was able to retrieve the memory unit.

“The vessel’s equipment was able to salvage the part that contains the memory unit, which is considered the most important part of the recording device,” the statement said.

Egypt’s public prosecutor ordered that the recovered device be handed over to Egyptian air accident investigators for analysis.

Two specialist vessels, John Lethbridge and Laplace, are continuing to search for the second black box, which contains the flight data recorder. They have yet to detect signals from that device but have identified the location of the main parts of the wreckage.

The black boxes are usually located in the tail, so finding the wreckage and one of the devices narrows the search.

The investigation committee said on Monday the black boxes were expected to stop emitting signals around June 24. That would make the second device harder to find because the plane crashed in some of the deepest waters of the Mediterranean, about 3,000 metres (10,000 feet) below the surface.

With only limited amounts of wreckage and human remains found before Thursday’s breakthrough, Egypt’s investigators have had little to go on.

They said on Monday that radar imagery obtained from the Egyptian military had confirmed previous reports based on Greek and British radar data indicating that the plane had swerved sharply to the left, then spun 360 degrees to the right before disappearing from radar.

That conclusion is important, one aviation source has said, because it goes some way to excluding the possibility that the plane was brought down by a mid-air explosion.

No group has claimed responsibility for bringing down the plane, but investigation sources have said that it was too early to rule out any explanations, including terrorism.

Having found the wreckage, salvage teams will begin a process known as “mowing the lawn,” covering the area in parallel tracks using a deep-sea robot fitted with a camera and grabbing arm, marine salvage experts said.

If intact, the cockpit recorder should reveal pilot conversations and any cockpit alarms, as well as other clues such as engine noise. But crash experts say it may provide only limited insight into what caused the crash, especially if the crew was confused or unable to diagnose any faults.

For that, investigators probably need access to the second black box containing data from the aircraft systems. Finding that will be the main priority, experts said.

Besides the black boxes, key components to be sought include the aircraft’s flight computers which sent out error messages alongside others indicating smoke alarms before the plane crashed.

The crash is the third blow since October to Egypt’s travel industry, which is still reeling from the 2011 uprising that ended Hosni Mubarak’s 30-year rule.

A Russian plane crashed in the Sinai Peninsula last October, killing all 224 people on board in an attack claimed by Islamic State. In March, an EgyptAir plane was hijacked by a man wearing a fake suicide belt. No one was hurt.

The Egyptian-led investigation team, already assisted by investigators from France’s BEA air accident investigation agency, will now be joined by two representatives of the U.S. National Transportation Safety Board (NTSB).

“The NTSB investigators and their technical advisors will be providing assistance with download of the recorders,” an NTSB spokesman said on Thursday in an emailed statement.

Egypt said on Monday it had accepted a request by the NTSB to have representatives join the investigation team.

The plane’s engines were built by a consortium led by the U.S. firm Pratt &amp; Whitney &lt;UTX.N&gt;. The country where the engines were built is often invited to take part in an air crash investigation, although it is not compulsory.

Luship Down But Not Out Of Business