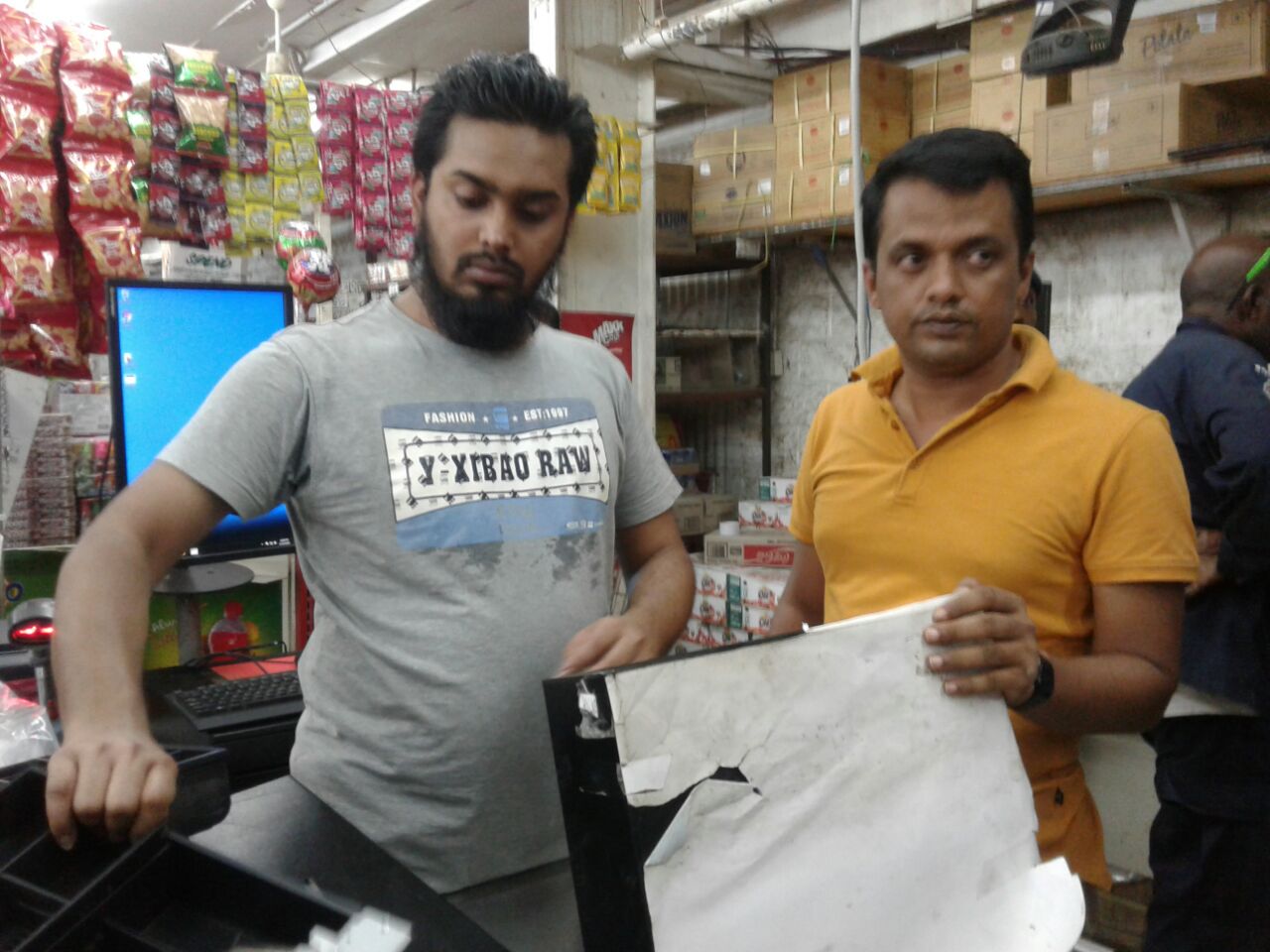 Close to K1 million in cash, and cigarettes valuing up to K500,000 was stolen from the Bismillah Wholesale in Port Moresby’s Gerehu suburb this morning.

Police believed it was an inside job, as the criminals knew exactly where the money was kept.

This is the second time in just four months for this shop to be robbed.

Two men have been apprehended as suspects ,and are now in police custody.

Around 11:30am this morning, a group of men entered the business premises and held up the shop assistants.

Witnesses say there were about six men involved and a blue CRV was used as the getaway vehicle.

Once they were inside the shop, they directed one of the shop managers to where the money was kept and cut off cables connected to the security camera before escaping with over K 800,000 in cash.

In the past two months, Port Moresby has seen an increase in armed robberies involving huge amounts of money.

On November 3, K1.2 million was stolen from a named company at the Jacksons Airport.

Police have arrested one suspect and the vehicle used in this robbery, recovered.

On November 14, the Taurama Aquatic Centre was robbed and an estimated K12 000 in cash stolen. No suspects have been arrested as yet.

However, for today’s robbery, police believe an employee of the wholesale was involved.

Though there were no casualties, the NCD Metropolitan Superintendent, Ben Turi, has urged all shop owners and business houses to be careful when transferring huge sum of money.

An investigation into the robbery is being conducted by the Criminal Investigation Division from Boroko station.

Farewell to the Brazil U-20 Women’s Team