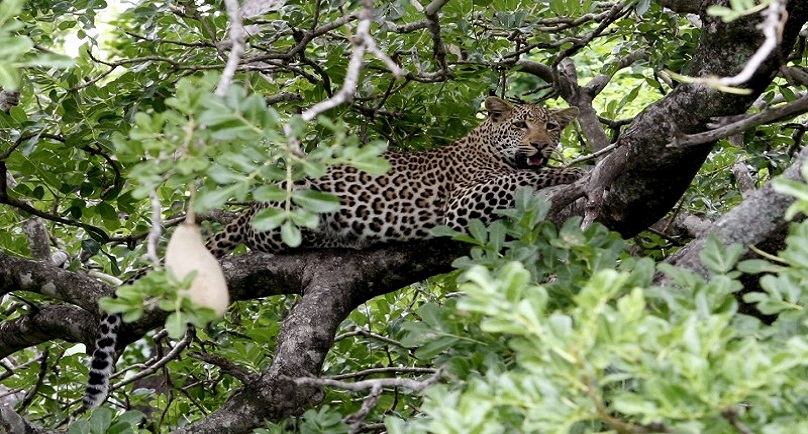 JOHANNESBURG (Reuters) – For the first time in decades, hunters with deep pockets cannot target the so-called “Big 5” game animals in South Africa because the government has imposed a ban on leopard hunts for the 2016 season.

The temporary ban comes in the wake of a global uproar last year over the killing of Cecil the Lion in Zimbabwe by a U.S. dentist.

The decision, however, was driven by science, not emotion. South African Environment Minister Edna Molewa is a vocal advocate of the hunting industry, which the government estimates contributes 6.2 billion rand ($410 million) annually to Africa’s most advanced economy.

Leopard is one of five game most desired by hunters, along with lion, rhino, buffalo and elephant.
The South African National Biodiversity Institute (SANBI), a government research organization, recommended the temporary ban because it’said leopard numbers could not be firmly established.

“There is uncertainty about the numbers and this is not a permanent ban, but we need more information to guide quotas,” John Donaldson, SANBI’s director of research, told Reuters.

Given their secretive and nocturnal nature, leopards are not easy to count.

SANBI drew on studies and data from a number of sources but Donaldson said most was from protected areas and national parks, not private lands.

“There are lots of leopards on private land,” said PHASA chief executive Tharia Unwin. She said PHASA was providing the government with leopard data from private lands.

South Africa has also been scorched by its worst drought on record and Unwin said this was good for leopard numbers as predators typically thrive when the rains are poor, leaving much of their prey in a weakened and easy-to-kill state.

Unwin said it cost up to $20,000 to shoot a leopard and several of PHASA’s members had to refund clients who had put down deposits for leopard hunts. Most of the foreign hunters who come to South Africa for such game are American.

Hunting all of the Big 5 has been legal in South Africa since the 1980s when hunts for white rhino were resumed.

Royals Depart with Fond Me ories of PNG