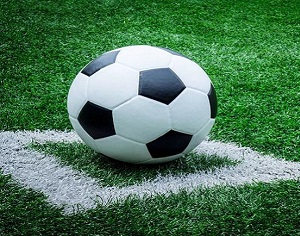 All eyes will turn to Lae this week as the BESTA FA Cup finals reach the industrial city.

The regional qualifiers had begun with the Momase event in mid-August, then moving on to Lorengau, Manus Province, before Port Moresby and finally Goroka.

The top two men’s teams from each region and top women’s teams have all booked spots, out to prove, who is the nation’s best.

LFA were the first to book their spots, after fighting it out in the Momase grand final against Situm, who themselves were disqualified after fielding ineligible players.

That has left the road open for Madang, who have talent and experience in the likes of the Malagian brothers, and PNG international Niel Hans.

Manus and Kavieng were the sole contenders for the Islands region, and after playing each other, automatically qualified. However, their lack of competitive matches may not bode well, especially considering that Manus are the defending champions from last year’s tournament.

The Southern produced some intriguing results, with pre-tournament favorites, PMSA and Public Servants, both knocked out in the semi-finals by a rampant Kaupa.

The highlands still remain the least developed of the country’s four regions. Hagen had to overcome a late surge by Goroka to advance, but the region still needs a lot of assistance to develop its players.

A host of NSL players will feature in the BESTA Cup, many of whom will be spread out amongst the 12 franchise teams.

On paper, the Momase teams appear the strongest, of the six participating associations, and while Manus will enter as defending champions, Kaupa are the surprise package and will be out to prove their worth against the best in the country.

The women have Lahi and PMSA as the favourites, both teams with a wealth of talent, both experienced and young.

Anthropologist on PNG Images and its Impacts on Development