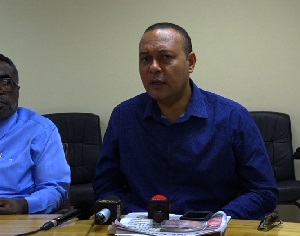 Bulolo MP, Sam Basil, has questioned the unequal distribution of funds to provinces including Morobe, under the development budget.

Basil has raised this issue, following the poor state of Morobe’s Bulolo Highway that had been deteriorating for years.

The highway serves as an economic corridor to one of the government’s revenue maker, Morobe’s Hidden Valley Mine.

This week the Morobe Leaders held a meeting in Port Moresby where the issue of unequal distribution of funds was discussed.

His question comes, after noting, the Bulolo Highway has deteriorated over time, which needed the National Government’s immediate attention.

Its road condition has been the same, throughout, receiving less attention for road- repairs.

Basil says the Bulolo Highway serves as a link to one of the government’s revenue maker, the Hidden Valley Mine.

For many years, the mine has relied on the Bulolo highway for transporting its goods and carrying out its mine services.