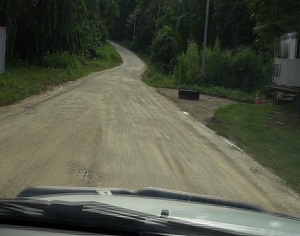 An awareness campaign conducted by Transparency International has highlighted the need for children to know basic land rights, for which they are entitled to, as Papua New Guineans.

TIPNG conducted a forum at the University of Papua New Guinea today, for members of the Youth Against Corruption Association.

The Know Your Basic Land Rights campaign is one forum that simplifies the importance of knowing one’s birth right for children at secondary education level.

Transparency International believes that students are direct links between landowners and the government. Thus, educating them on the importance of knowing their lands rights will minimise illegal land grabbing in PNG.

Papua New Guinea is one of the few countries in the world that has its customary land rights protected by its constitution.

Lawyer Utubasi said, since the declaration of the protection of customary land rights in the 1880s, 97% of land was customarily owned and only 3% owned by the state.

“In 1886, a profound statement was made to protect the rights of native customary land and that statement has been protected until today through the successive governments.”

However, a land survey conducted in 2013 revealed that about 11% of customary land was lost through the process of Special Agreement Business Leases and illegal land grabbing.

IOM to Roll Out Drought and Disaster response in PNG

Police Under Fire Over SoceryIncident