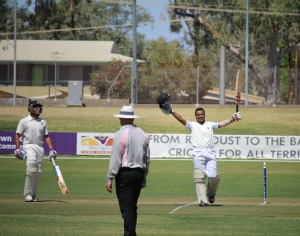 They beat the Northern Territory Strikes by 212 runs, with a century by Hanuabada all-rounder, Hiri Hiri, being one of the highlights.

PNG Barramundis Captain, Jack Vare, decided to let the Strike bat first after winning the toss. This decision seemed to be the right one as the Barramundis bowled out the Strike for only 155 runs inside 52 overs.

Norman Vanua picked up three wickets, while Mahuru Dai, Chad Soper and Nosiana Pokana all contributed with wickets themselves.

The Barramundis put on a great performance with the ball and in the field, with Sese Bau and Assad Vala starring.

Vare and Hiri put on an 87 run partnership before Vare was bowled out for 60.

The Barramundis were dismissed for 367 a lead of 212 runs, with the team travelling to Adelaide on Saturday to complete the final leg of the SACA Premier League.