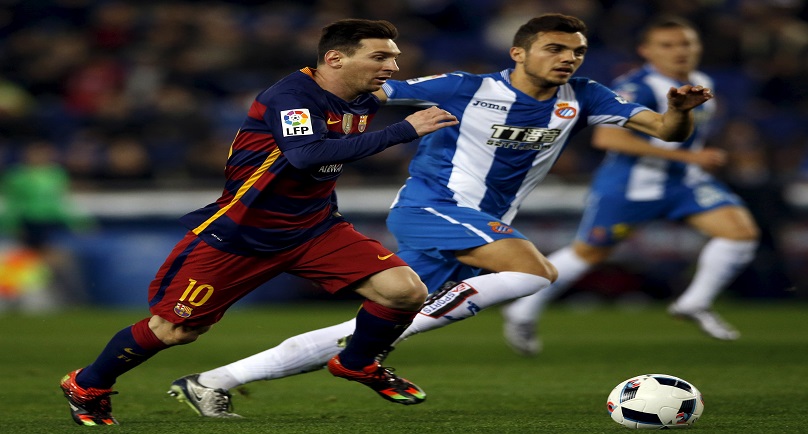 The academy graduate, who has had limited playing time since his promotion from the B team, made it 2-0 two minutes from time with a tap-in from Aleix Vidal’s centre.

El Haddadi was deployed up front in place of Luis Suarez, suspended for his part in a fracas after last week’s bad-tempered first leg, with the likes of Neymar, Andres Iniesta, Sergio Busquets and Gerard Pique rested.

Felipe Caicedo caused some problems for the Spanish and European champions’ defence but keeper Marc-Andre ter Stegen was equal to anything the Ecuador striker could throw at him.

“We already had a big advantage and we just tried to protect it,” Barca centre back Javier Mascherano told Spanish TV.

“We played a good game and I think the victory was deserved. Let’s see who we get now in the draw,” added the Argentina international.

Athletic Bilbao, whose 23 Spanish Cup triumphs are only bettered by Barca’s 27, also progressed when forward Inaki Williams struck to secure a 1-0 win at Villarreal and a 4-2 victory over the two legs.

Bilbao, who lost to Barca in the final last season and in 2012, have reached the last eight for three consecutive seasons.

Third-tier Cadiz, who went through to the last 16 after Real Madrid were expelled for fielding an ineligible player, fell 2-0 at Celta Vigo and were eliminated 5-0 on aggregate.

Las Palmas beat Eibar 3-2 at home in the Canary Islands last week and won by the same scoreline in the Basque country to advance 6-4.

In the remaining two ties, Atletico Madrid, the 2013 winners, and Rayo Vallecano are level at 1-1 and Gary Neville’s Valencia lead Granada 4-0 before Thursday’s second legs.

Sevilla knocked out city rivals Real Betis and second-division Mirandes, the only non-La Liga side left in the competition, eliminated Deportivo La Coruna on Tuesday.

The quarter-finals will be played over two legs later this month, with the semi-finals at the start of February and the final on May 21.