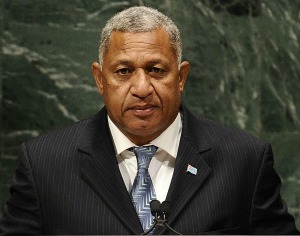 Fijian Prime Minister, Frank Bainimarama, has apologised to Fijians living in Australia for the coups of 1987 and 2000.

Bainimarama did not mention his own coup in 2006, but received applause for the apology and his invitation for Fijians to return home.

“Yet it wasn’t just the brain drain – tragic as that was. It was the Fijian family torn apart. And today I want to say sorry to those of you who suffered. The many thousands who were made to feel like strangers in your own country. Who felt obliged to seek new homes elsewhere, leaving loved ones and friends behind – Coming to Australia – in your case – and having to start all over again,” Bainimarama said.

It followed an address to the Australia Fiji Business Forum in Sydney where he said it was time for both Fiji and Australia to restore their relationship.

He told the business gathering in Manly that he was, in particular, delighted that travel bans on him had been lifted.

Despite his return to parliamentary rule last year, Bainimarama has continued his push to exclude Australia and New Zealand from the region’s peak political body, the Pacific Islands Forum.

Isapeas and Tigers Fined for Brawl