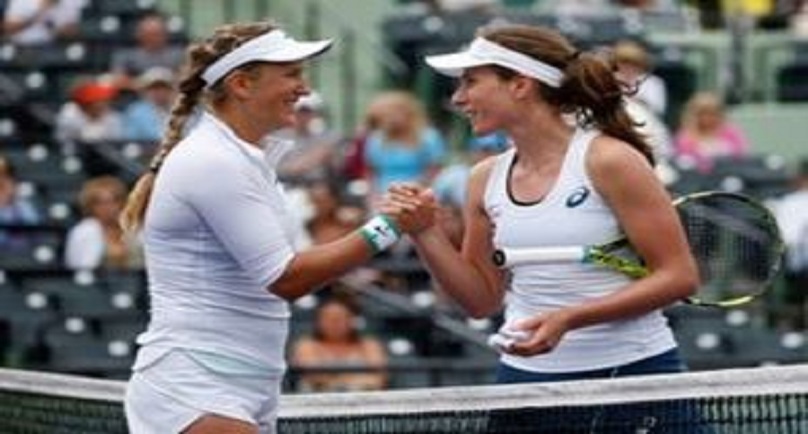 (Reuters) – Victoria Azarenka wit’stood some early pressure from Britain’s Johanna Konta to continue her quest for a third Miami Open title with a 6-4 6-2 quarter-final victory on Wednesday.

Azarenka, who 10 days ago beat Serena Williams to win the Indian Wells title in California, outsteadied the 24th-seeded Konta in the end to keep alive her bid to capture the second half of the Sunshine Double.

Konta, playing her first quarter-final of a WTA Premier event, more than held her own in a first set played in blustery conditions.

Azarenka, however, rose to the occasion to fend off five break points, while Konta double-faulted twice to drop serve as the Belarusian took charge in just over 90 minutes.

“I couldn’t actually get a read on her serve in the beginning – it was tough for me to adjust – but then I got a bit lower and tried to get more returns in, be a bit more aggressive.”

The Brit’sh number one, who was ranked 151st in the world this time last year, took some satisfaction from the match.

“I’m happy with the level I was able to bring to the court,” Konta, now ranked 23rd, told the BBC. “Obviously I’m disappointed that I couldn’t have done a little bit better but I’m taking the positives from it.”

Azarenka will face the winner of Wednesday’s evening clash between American Madison Keys and second seed Angelique Kerber of Germany for a place in the final.