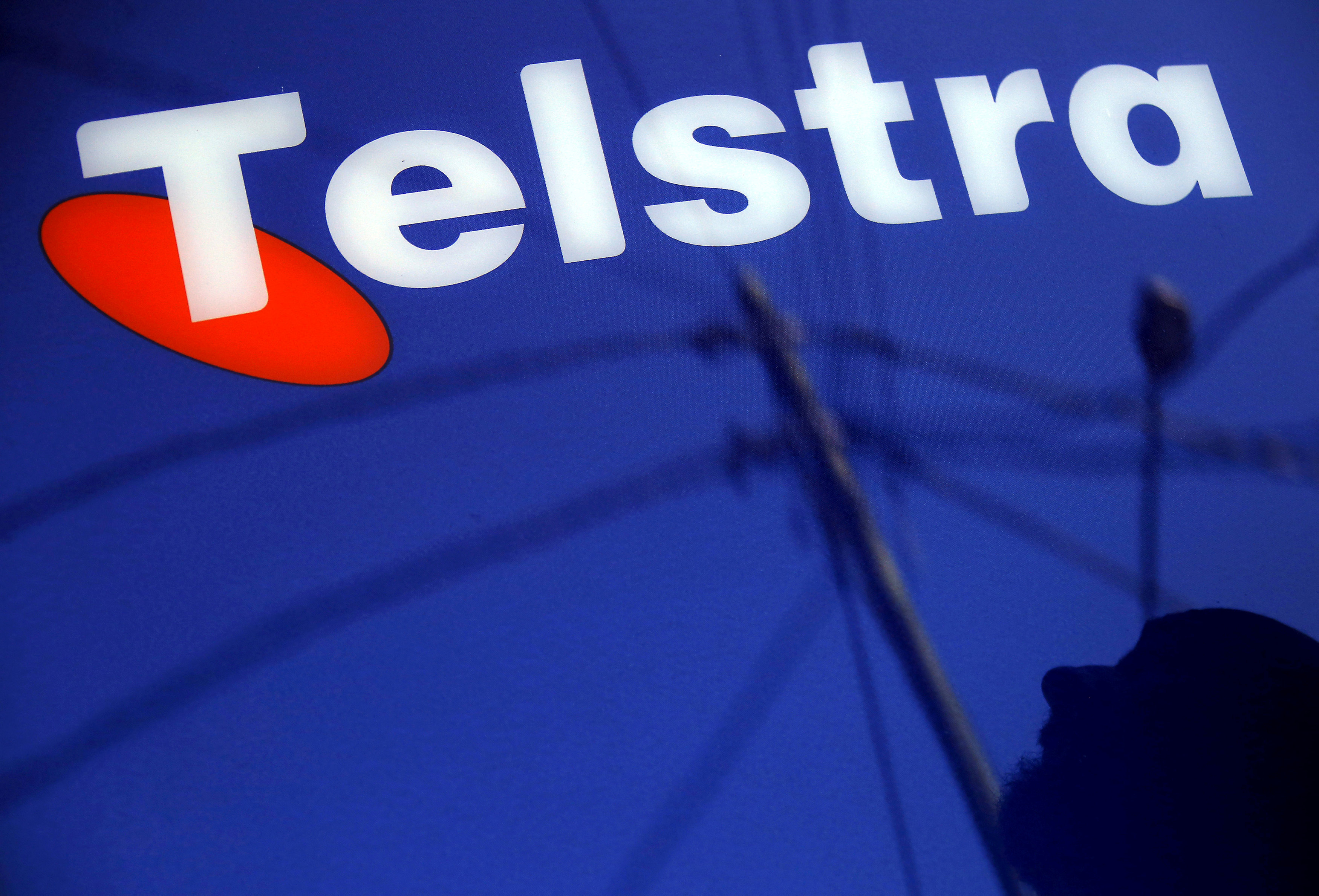 Image: A man and power lines are reflected in a Telstra poster adorning a public telephone in Sydney, Australia, August 13, 2015.

SYDNEY (Reuters) – The ability of Australian telecoms company Telstra Corporation to offset the fall in its traditional revenue streams by diversifying into a range of technology and other businesses is in doubt.

So far, Telstra’s funding of 44 startups since 2013, the A$235 million ($175 million) spent acquiring 18 health-related companies, the purchase of more than 30 companies by its venture-capital division, and its financing of a mining technology arm, have come to little.

Lumped together with the company’s underperforming media department, the entire gamut of these operations – which include a range of technology businesses from cloud computing to app delivery specialists – contributed just A$908 million, or 3.4 percent of Telstra’s income, in the fiscal year ended in June.

In particular, high hopes for a $330 million investment in tech startup Ooyala, a video platform, have all but faded, with Telstra mostly writing off in August what it called “a rapidly growing business” six months earlier. Ooyala was the biggest single investment by Telstra’s venture-capital arm.

Telstra did not directly answer Reuters’ questions about the performance of specific investments or make its CEO Andrew Penn available for interview for this story.

In a written statement, Telstra said all of its investments were consistent with aspirations to become a “world-class technology company”. The company also responded by noting recent public remarks by Penn, who told an investor briefing in Sydney on November 17 that after making “a number of acquisitions” the company is “consolidating” its investments in new businesses.

Like incumbent telecoms around the world, Telstra is facing falling profits from its traditional fixed-line networks and competition is squeezing mobile margins.

Telstra is conducting a review of its capital allocation as a result of the pressures. That prompted rating agency Standard & Poor’s to revise its outlook on the company to negative, concerned that Telstra may take on more debt at a time when competition among mobile operators is intensifying. Any change to Telstra’s A/A-1 rating would increase its cost of capital.

“They’re at a critical juncture; for me as an investor it’s hard to paint a picture that Telstra is in a better place in five years time, with any confidence, than they are now,” said Hugh Dive, senior portfolio manager at Aurora Funds Management, who sold the fund’s Telstra holding during a company buyback in September.

The company’s mainstay businesses remain profitable – fixed and mobile income together came to A$16.7 billion in the last fiscal year – and some bolt-on investments such as the 2014 purchase of undersea cable company Pacnet Ltd for $697 million are boosting operating revenue. Also, with a gross dividend yield of 8.80 percent, Telstra is among the highest yielding companies in Australia, while still retaining A$3.6 billion in cash or equivalents in June.

But income from Telstra’s traditional businesses of fixed-voice line and mobiles fell 1.5 percent in the last fiscal year, the company said in August. It has also forecast a hit against earnings before interest, tax, depreciation and amortization of A$2-3 billion from the loss of its wholesale business when the new government-owned broadband network replaces Telstra’s copper lines completely by around 2020.

Telstra’s strategy has been to look to venture-capital to find new businesses. But new, steady, revenue has proved elusive.

“The underlying traditional income has been under threat for a long time and it is a long term decline but at the same time generating new revenues are taking much longer to eventuate,” said telecommunications analyst Paul Budde, who runs his own consultancy.

Telstra’s experiments have been many and varied. It launched a music streaming service in Australia in 2012, only to close it in 2015 in the face of competition from market-leader Spotify. It purchased a quarter-share of Dimmi, a restaurant booking app in 2012, then sold it in 2015, without disclosing the value of either transaction. It persists with a Netflix-type movie streaming service as part of its media division.

In 2013, it bought 18 percent of startup Whispir, a growing Melbourne-based communication software company. In 2014 it bought in to DocuSign, a San Francisco company that makes electronic-signature software and is now headed for a $3 billion listing.

But neither they, nor Telstra’s healthcare division, established in 2013, have delivered revenues sufficient to move the needle much on Telstra’s bottom line.

Posterboy for its problems is Ooyala, whose video playing technology combines high-quality streaming with data-crunching, which is supposed to allow media customers to run targeted adverts within videos. One issue was Telstra’s slow moving monopolistic culture in a competitive sector that changes dramatically every few months, according to one former investor.

Scott Flanders, former Playboy CEO and an angel investor in Ooyala, told Reuters that as soon as Telstra took over, Ooyala’s once “crisp” customer service and product pipeline began to slip.

“They did fall behind…we probably shouldn’t have been, but we were surprised because we thought there’d be more engineers hired and the company would even widen its technology advantage over other, less-well-funded startups,” Flanders said in a phone interview from Silicon Valley.

Ooyala’s vice president, products and strategy, Jonathan Wilner said in a statement in response to Flanders’ comments that it had bought two video advertising and media logistics companies within nine months of the Telstra acquisition, and that this had slowed down innovation. But both new businesses are growing, he said.

Wilner said the company had under Telstra resumed a “steady pace of innovation and product releases”.

Telstra CEO Andrew Penn the investor briefing earlier this month that he still believed in Ooyala and the potential for video streaming.