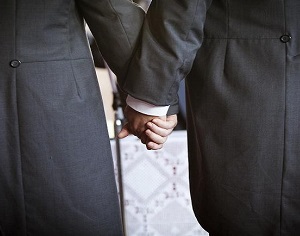 REUTERS – The Australian government said on Sunday it will hold a public vote on same-sex marriage later this year if it wins re-election.

Attorney-General George Brandis said legislation would be pushed through parliament before the end of the year if the government voted in favour of approving gay marriage.

“We will be going to the election promising a plebiscite before the end of the year,” Brandis told Sky News.

“Treating gay people equally is, I think, one of the fundamental values of modern, Australian society.”

Australia has been criticised by international human rights groups over its slowness to act on same-sex marriage. Several countries, including Canada, the United Kingdom, United States, France, New Zealand, Ireland and South Africa, have already amended their marriage laws to recognise same-sex unions.

Turnbull, considered a moderate in his Liberal Party-led conservative Coalition government, has long attended Sydney’s world-famous Mardi Gras as it falls within his electorate.

However, his appearance at Saturday’s lesbian, gay, bisexual and transgender (LGBT) pride parade through the city’s inner streets was the first for a sitting prime minister.

“I’m very proud to be the first PM to attend,” Turnbull tweeted, along with a photograph of himself and wife Lucy at the event.

The federal opposition has put pressure on the government to move quicker on same-sex marriage, pledging to skip a plebiscite and introduce a bill to parliament within 100 days if it wins the federal election.

Turnbull’s government remains ahead in the polls for the election, which are likely to be held between September and November this year, although the gap has narrowed in recent weeks. Political wrangling has also left open the option of an election being held in July.

Samsung to disable Note 7 phones in the U.S. via software update

Thailand says EU has not taken any decision on fishing ban