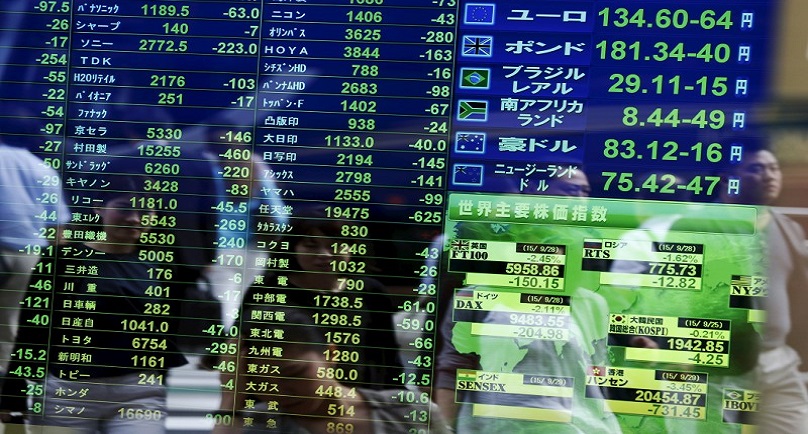 By Lisa Twaronite
TOKYO (Reuters) – Asian shares took solace from gains on Wall Street and edged higher on Tuesday, though gains were capped by caution over low share trade volume and plunging Brent crude oil prices ahead of this week’s holidays.

Japan’s Nikkei stock index was down 0.2 percent in early trade
U.S. and most European markets will close on Friday for Christmas. While Christmas is not a public holiday in Japan, markets will be closed on Wednesday to observe the emperor’s birthday.

Brent crude oil futures  skidded to a low of $36.04, their lowest price since July 2004, as demand for heating oil slumped on warmer-than-normal temperatures.

“The price of oil could fall below $30 a barrel but we do not see much weakness beyond that and by the end of the year we expect prices to settle closer to $40,” said Kathy Lien, managing director of FX strategy for BK Asset Management in New York, adding, “when the dollar peaks, commodities will bottom.”

In the long run, she said in a note to clients, “China’s focus on domestic demand should be positive for energy prices.”

The dollar index  which tracks the greenback against a basket of six rival currencies, was steady at 98.463, but below a two-week high of 99.294 marked on Thursday.

The euro rose on short covering on Monday following a weekend election in Spain, even after no party won a clear mandate in the euro zone’s fourth biggest economy.

Spot gold took a breather from its recent gains and was steady at $1,077.96 an ounce after rising 1.2 percent on Monday and 1.4 percent on Friday as investors covered short positions ahead of the holidays.