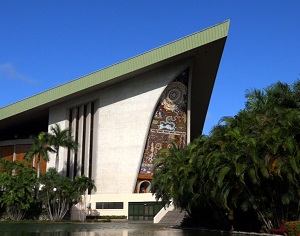 The debate in the alteration of words in the national anthem sung during the Pacific Games opening hit the floors of parliament this afternoon.

Member of Kundiawa Gembogl, Tobias Kulang, questioned Attorney General, Ano Pala, on the penalties of such an offence.

Kulang says, relevant authorities must be proactive to address this issue.

Kulang adds, the national anthem and flag is the pride of the country and must be dealt with seriously.
“Which authorities are responsible to deal with such case must act swiftly?” MP Kulang asked.

Meanwhile, Churches Council of PNG and public say those responsible must be arrested and questioned. Churches spokesperson Pastor Joseph Walters said the reply by Makoda Production is shallow and not worthy.

Makoda stated that the changes to the anthem were to accommodate stage performance.