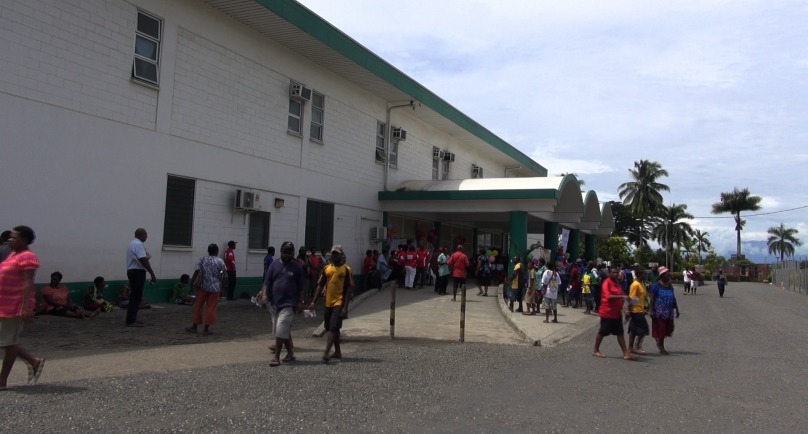 According to TB specialists from Lae, Angau Hospital records up to 500 TB patients every three months.

Health Extension Officer at the TB department, Ling Bumbu, says there is only one Multi Drug Resistant TB ward with up to seven cases at Angau hospital.

“We admit them for injectable for 8 months, if the sputum turn-around is negative for some consecutive terms, we discharge them with oral treatments,” Bumbu said.

As diagnosis and treatment for tuberculosis continues, more education is needed on how it’s spread.

In a day, the hospital attends to about 20 TB patients who either go for treatment or admission. That’s up to 100 patients per week. Some are as young as 13.

Since 2013, up to seven Multi Drug Resistant TB patients have been admitted at Angau, alongside other normal TB cases.

The Clinical HEO, Ling Bumbu, who’s worked at Angau for over seven years, says the only Multi Drug Resistant TB ward at the hospital needs to be built away from the main ward area.

“At the moment with MDRTB, we have six to seven patients confirmed, to confirm spitum microscopy, we send it for Drug Sensitivity Test,” Bumbu said.