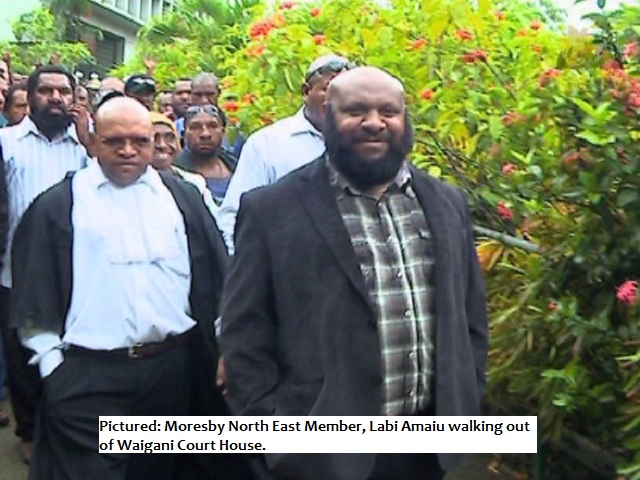 The allegations of illegal practices against Mr Amaiu were not competent enough to reach trial.

He said he will not play politics but play lLeadersip.

Mr. Amaiu also announced that he has already secured funding to build an office for the district. Overthe years it has been operation without an office.

The Court was satisflied that petition failed to comply with appropriate facts according to law.

Mr. Mald said he respectedthe decision ofthe courts. However, ifthere are any ther areas worth arguing, he will take it up for a judicial review inthe Supreme Courts.