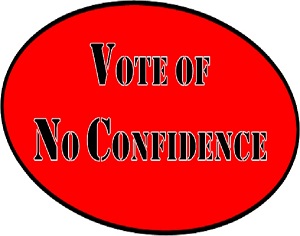 Hela Governor, Anderson Agiru, does not foresee a vote of no confidence against the Prime Minister, Peter O’Neill, taking place.

Agiru has been in politics for 20 years, and says there are no cracks in the current government. All there is is just talk.

He remains committed to his party, the Peoples United Assembly.

A vote of no confidence though appears imminent, as parliament sits once again on 27 October.

The opposition has come out claiming to have the numbers to move a motion for the vote of no confidence.

Rumblings arose following the recent Supreme Court decision, which nullified amendments to section 145 and 142 of the constitution, which allows for only 11 signatures and not 22 signatures to see a motion put forward.

This could see Peter O’Neill removed come the October and November parliament sitting, should the opposition muster the numbers.

As it stands the Prime Minister, Peter O’Neill, is unfazed by the speculation surrounding the vote of no confidence.