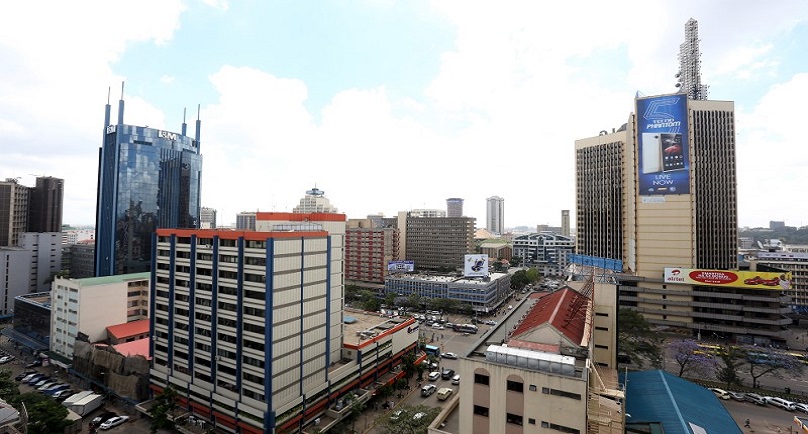 Image: A general view of a section of the capital Nairobi November 13, 2015. REUTERS/Noor Khamis

JOHANNESBURG (Reuters) – Africa’s biggest economies have been hammered by the collapse in commodity prices over the past 18 months but there are still investment bright spots to be found.

In cities such as Lagos, Nairobi, Accra, Kinshasa and Johannesburg, growth remains robust and investors are prospering in the retail, financial services, technology and construction sectors.

This means investors can now re-adjust their strategy for Africa. Instead of taking a view on the continent as a whole, or choosing one country over another, they can seize opportunities city by city. Sub-Saharan Africa is urbanizing faster than anywhere else in the world and city dwellers have more money to spend.

“In the current economic environment, investors want areas where success is proven, growth is strong and will remain strong. Big African cities give you that,” said Jacob Kholi, a partner at Abraaj, a private equity firm with $9 billion under management.

“It has become even more important to focus on these key cities than before,” Kholi added.

Nairobi is the most attractive destination for foreign investment, according to a 2015 report by PricewaterhouseCoopers, followed by Accra, with Lagos and Johannesburg equal third.

Lagos, one of the world’s fastest growing cities and with a population of 20 million, expects economic growth of 7 percent this year, twice the pace of the country as a whole.

Even South Africa, which is grappling with youth unemployment of over 40 percent and could slip into recession this year, has areas where industry is booming.

“Rich people will always find a way to make more money,” said Zwane, with cranes filling the skyline behind him and billboards advertising new retailers like Krispy Kreme doughnuts and Hennes & Mauritz.

There are similar stories elsewhere.

This year, Kenya is set to unveil the Two River malls in Nairobi, the continent’s largest shopping center outside South Africa, with brands like Porsche, Hugo Boss and France’s Carrefour already booking space.

“The economy still has opportunities,” said Gabriel Modest, a jeweler who says demand for the gold necklaces and bracelets he sells remains strong.

“Sometimes you have to treat yourself,” he added, ordering a bowl of muesli and yoghurt at an upmarket Nairobi coffee shop.

In Lagos, plans are in place to develop the vast multi-billion-dollar Eko Atlantic city, a Dubai-style gated community that will boast chrome skyscrapers, business parks, palm trees and a marina.

“MEGA-CITY” By 2025, Mckinsey estimates that more than 80 cities in sub-Saharan Africa will have populations of more than one million, accounting for 58 percent of the region’s growth.

Though some big companies like Massmart, Barclays and Nestle have slowed expansion plans in Africa in the last two years they are still making healthy profits in the big urban centers, according to banking sources.

“Our investment is focused on cities where we see the best opportunities even if the investment environment in the rest of the country isn’t as robust,” said Louis Deppe, partner at Actis, an emerging market-focused investment company.

“The ‘mega-city’ trend is still very much on the cards.” The share of Africans living in urban areas is expected to grow from 36 percent in 2010 to 50 percent by 2030, with cities expected to be home to 85 percent of the national population in some countries, according to the World Bank.

The rapid urbanization of mostly the young and unemployed is placing a huge strain on infrastructure and will put pressure on politicians to direct more resources towards cities. Inequality in African cities is already among the highest in the world.

African governments with stretched public finances will need to improve housing and social safety nets in cities and diversify their economies to support rural areas in order to avoid an increase in inequality that could stir up discontent.

“In a more risk-averse world, ‘urban bias’ – where there are proven returns – is likely to be reinforced. Investors will look at urban areas,” said Razia Khan, head of Africa research at Standard Chartered.

“This trend runs the risk of the rural electorate being marginalized – in especially unequal regions, it may raise political risks, and the potential for unrest.”

Back in Lagos, business is still expanding for cab-owner Cyril Ugochukwu, whose earnings are running well above the target he set for his business, which has contracts with online firm Easy Taxi.

“Individuals must make trips whether times are good or bad,” he told Reuters.

(Additional reporting by Duncan Miriri in Nairobi and Chijioke Ohuocha in Lagos; Editing by Giles Elgood)