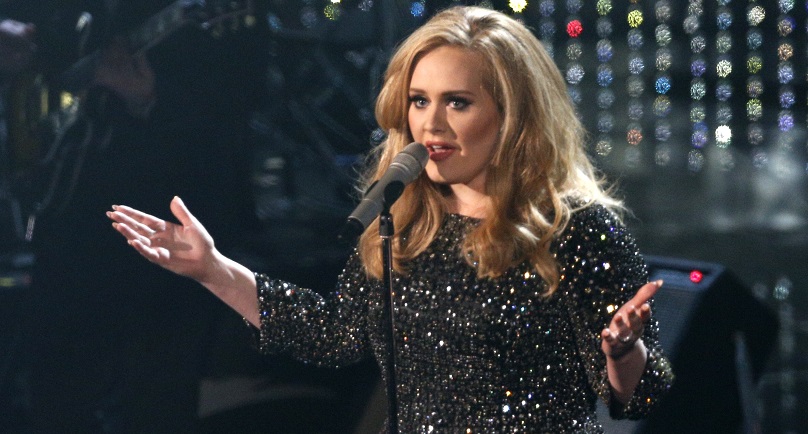 LONDON (Reuters) – Adele’s “25” sold 1 million copies faster than any album in British chart history and topped the album charts for the second week running on Friday.

Coming four years after her chart-topping album “21”, 25 sold 439,000 copies this week and outsold the rest of the top 10 albums combined.

Elsewhere in the album charts, Elvis Presley held second position with the “If I Can Dream” compilation while Justin Bieber’s “Purpose” held on to third.

Bieber and Adele are also fighting it out in the UK singles chart, with Bieber pushing his own single “Sorry” out of number one position to replace it instead with “Love yourself”. Adele’s “Hello”, from 25, followed at number three.

Love yourself was the most streamed single of the week with 5.97 million plays.

Replacing oneself at number one was last done by Elvis Presley in 2005 and the last living act to do it was The Beatles in 1963 with “She Loves You” and “I Want to Hold Your Hand”.

Another Bieber song, “What Do You Mean?” was fourth while fifth spot went to Grace ft. G-Eazy’s “You Don’t Own Me” which stormed up from 44th place this week.

Pundari: The campaign to clean up PNG of plastic bags has now begun