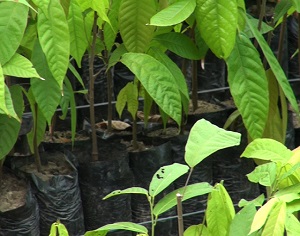 The Autonomous Bougainville Government’s Agriculture Minister, Nickolas Darku, says avenues for economic recovery must be discussed as a political agenda.

He says the Autonomous Bougainville Government must invest in agriculture, because as the minister responsible, he believes, this will be a driving force for economic recovery.

Mr Darku while speaking at the recent Bougainville Cocoa Project Inception Meeting in the Autonomous Region, highlighted the importance of the agriculture industry and its economic benefits.

“Agriculture is one driving force for Bougainville’s economic recovery. It will help to raise the internal revenue,”

“Agriculture is a renewable resource and Bougainville should develop agricultural commodities, to raise its much needed funds and not waste time talking about Panguna Mine,”

The Agriculture Minister said Bougainville should also explore other commodities such as coffee, fisheries; forestry and oil palm to generate income to support its economic growth.

In this way, it will improve the income per capita for wealth and sustainability.

If the agriculture sector is improved then farming methods should also be looked at.

Mr Darku called on youths in the autonomous Region to start thinking about farming so that they can contribute to Bougainville’s economic recovery.

Districts to be fully funded in 2018