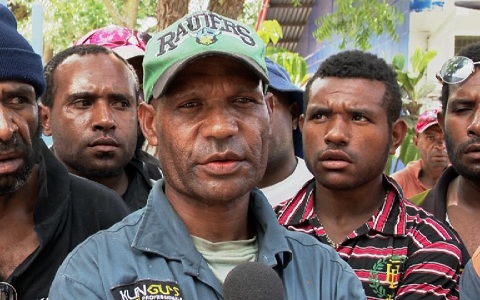 A 5 year old girl has miraculously survived a horrible ordeal in Port Moresby, after she was pack-raped by a group of men at Gerehu Stage 6.

The incident occurred on Wednesday whenthe girl was kidnapped from her auntie’s home at Stage 5 and taken to anther residence a few hundred meters away.

It is alleged she was kidnapped by PMV operator, allegedly fromthe Western Highlands.

She was taken to this residence at Stage 6, which housePMV drivers and crews, and where she is believed to have been pack raped bythe tenants overnight.

Though not familiar withthe area, she rememberedthe route her captors had taken totheir residence.

The young girl’s uncle, who is a police officer, took her tothe police station wherethey reportedthe incident and apprehended four men and a female. Another male suspect is onthe run.

The fther said he was deeply hurt when he found out about what had happened to his daughter.

The relatives have demanded for that to be enforced ontothe suspects in jail, once found guilty.