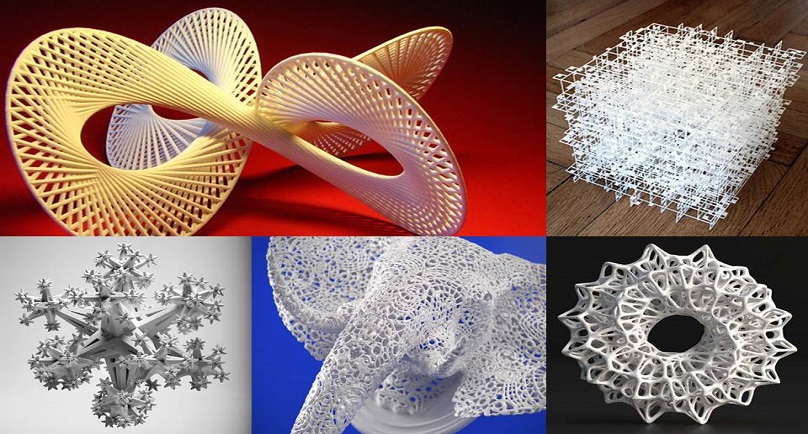 Writer and pod cast host Romeo Edmead is using his fingers to unlock a world he has never experienced before. Edmead lost his sight when he was just two-years-old, so he has always had a complicated relationship with art and museums.

While he has heard of classical paintings, he says school trips to museums were uncomfortable.

He describes running his fingers over a 3D version of Emanuel Leutze’s “Washington Crossing the Delaware,” at a library for the blind in New York City, as a kind of “freedom.”

“All my life we’ve all heard of famous painters and their works. But to me, that’s all they were,” he said. “They were like vocabulary words I could write down on the page but I didn’t necessarily know how to put a physical picture together. Something like this presents that opportunity, that freedom to get a better understanding. It’s one thing to have something described to you. But if you never could see before and have no memory of seeing like me it’s a whole different ball of wax when you actually get to touch it.”

The man behind the 3D printed works is John Olson. A former photographer for LIFE magazine, Olson co-founded a company called 3D Photoworks that developed and patented their own printing process for works of fine art.

“It’s a three step process, in which we in step one take any conventional two dimensional image and convert it to 3D data. Once that data has been converted, we send it to a machine that sculpts the data out of a block of substrate. It gives that image length, width, depth and texture. And once that’s been sculpted it goes through a printing process where we lay the image back down on top of the relief in perfect registration. So what you end up with is a three dimensional print that has length, width, depth and texture,” said Olson.

While Olson met with Edmead to guide him through the works himself, the company has also developed a string of sensors across the artworks, that when touched, give the viewer audio information, to contextualize the painting and help the viewer understand certain key elements.

For Rowana, who lost her sight when she was 28-years-old, being able to touch the paintings was a very different experience than Romeo’s. She said having that context is especially important for someone like her, who uses memory when visualizing art.

She admits that she was skeptical, but after touching a 3D  reproduction of Leonardo da Vinci’s “Mona Lisa,” which she remembered seeing, it all made sense.

“It’s nice because now it’s attainable. Now I could feel it and judge for myself what I think it looks like. Because even as you look at it I’m sure you see this differently than he would. You know? So to be honest it just makes me able to experience it because if I’m in a room and it’s just hanging on a wall … you know I could stay at home and somebody could describe something to me. I don’t need to go to a museum to have somebody describe it to me.”

It took Olson seven years to develop the method, but now he is moving full speed ahead. He is raising money to scale up the production with a Kickstarter campaign and has already booked a 3D printed show of photos taken by blind photographers that will be held at The Canadian Museum for Human Rights in 2016.

“Our goal is to make art and photography available to the world’s blind population,” he said. “There are 285 million blind and sight impaired world-wide. One person goes blind in the U.S. every 11 minutes. So our goal is to make this available at every museum, every science center, every institution, first in this country and then beyond.”