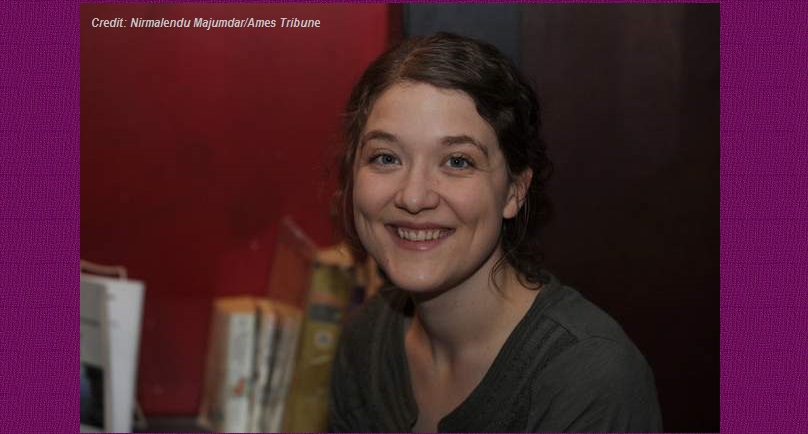 Mary Woeste, 24, plans to move to Papua New Guinea to carry out bible translations for scores of ethnic groups throughout the country.

Graduating from the Iowa State University in linguistics, Woeste developed her passion for learning new language whilst on a study-abroad trip to Germany. Armed with a major in linguistics and minor in religious studies, the Ames native has spent her last two summer breaks at the Summer Institute of Linguistics.

The Summer Institute of Linguistics is an academic partner of Wycliffe Bible Translators USA, where Woeste will now be working as a missionary and language surveyor.

Papua New Guinea is a linguistically diverse nation, with over 800 languages; the differences in spoken tongues, makes it more challenging for Bible text interpretation, Woeste explained.

“That’s 180 million people who can’t read the Bible even if they tried, or they have to learn a second language to do so, which is insanely difficult,” she said. “It’s very diverse and there’s a lot of communication between tribes, but a lot of their identity as a people comes from their language … so it’s really easy to misunderstand really important passages.”

Woeste said Wycliffe currently has translation projects in the works for 2,000 languages around the world, and the organisation’s goal is to have a project started for every language by 2025.

Extremely grateful for finding a career that uses both her education and interest in benefitting the Gospel, she plans to move to Papua New Guinea next year.

She will be accompanied by her fiancé who completes his training, before relocating to their new home. The couple will marry in the American summer season and while Woeste admits that their move to Papua New Guinea will require immense preparations, she is adamant that this is “her calling” in life.

It was during her summer session in 2013 that she began to know more about specific jobs, within her organisation of choice. There is a great need for language surveyors; and that, along with her deep interest in the vocation, brought her to choosing her occupation.

“This is kind of where I’m feeling called right now,” she said. “I might get more education and do something more specific in the future but right now, I know they really need surveyors

“You’d be surprised how big a difference it makes just to have pamphlets in your own language on AIDS prevention or malaria or things like this rather than in trade language,” she said.

As a language surveyor, she will be travelling extensively to individual tribes to learn about local languages and to also determine the needs of those tribes, for text translation, literacy education and health resources.

“A lot of people in the developing world are reading health care information in a second or third language, and very minute misunderstandings could lead to really big consequences.”

She has invited her local community to get involved by supporting individual missionaries by emailing her to mary_woeste@wycliffe.org.

Court refuses bail for Madang councillors and six others