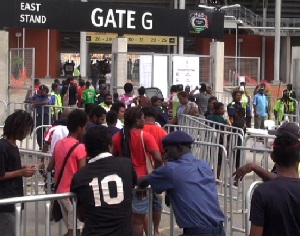 The closing ceremony of the Pacific Games will be small but a spectacular farewell event.

Unlike the opening ceremony two weeks ago, the closing will be more likely a family and entertainment affair, according to closing ceremony organising committee.

Co-artistic Director of the closing ceremony, Nigel Jamieson, refuse to outline the details of the event, however, said it would be small but entertaining.

“The closing ceremony is more overall, more informal smaller affairs but essentially a big party to say thank you to all amazing athletes and volunteers,” Jamieson said.

While thousands of people expected the event to be the biggest, the Artistic Director said it would be small but full of entertainment, artistic performances, and string bands from around PNG and overseas.

“Lots of fireworks will be on display,” he said.

Tickets for the closing ceremony were all sold out. Thousands of people who turned up at ticketing outlets were turned away.

The ceremony will be officially closed by Pacific Games Council President, Vidhya Lakhan.