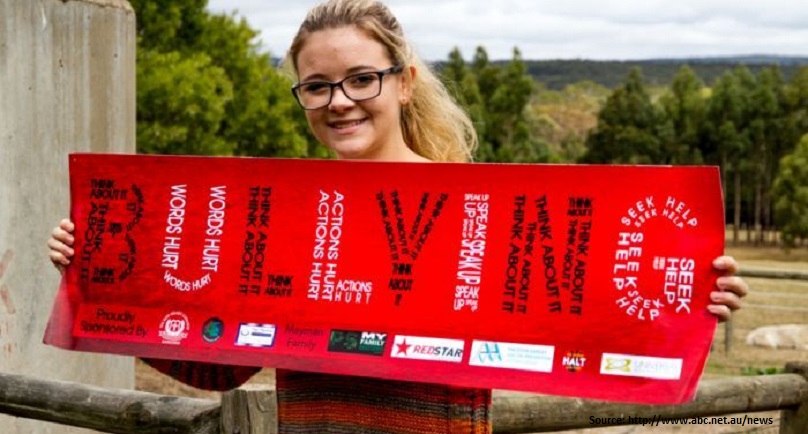 Bullying is a global problem that affects many including children, teenagers, adults and elders.

Bullying is considered dangerous, and takes place in public areas, schools, communties and for some, at home.

Bullying affects victims mentally, physically, socially and their health as well and requires an immediate call for action to help victims.

With hopes to tackle the issue in schools, Sharina Mayman, a 15 year old, has developed an anti-bullying banner pen.

As a victim herself, Sharina has used the opportunity given by the school, to develop this banner as part of the school project to campaign on tackling bullying in schools.

The developed banner pen is seen as a vehicle to campaign, provide information plus support service for those who are victims to call for help when needed.

Red Star Transport, the country’s trucking company, has come on board and is supporting Sharina in her campaign on bullying. The company is one sponsor for the pen and plans to distribute the pen to all its drivers in Australia.

The banner pen will help students with necessary information in the campaign to tackle the issue in the school. Students will be given a pen each to help them campaign.

Sharina aims to develop more pens and continue distributing and campaigning to help victims of bullying.

She was recognised for the initiative she developed and was awarded as Young Citizen of the Year by Macedon Ranges Shire Council on Australia Day.