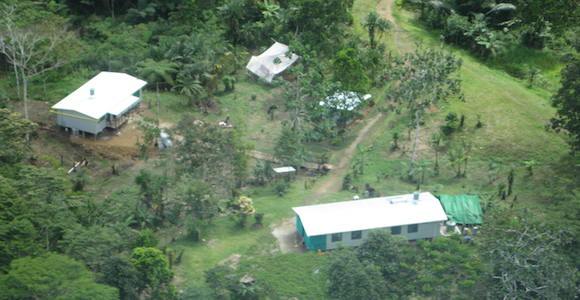 Aiabba Minerals is a mining company fully owned by an indigenous community in Papua New Guinea. Such an ownership model could become a best practice model for the future development of the country’s resources, Executive Chairman and Managing Director Moses Mondowa tells Business Advantage PNG.

Aiabba Minerals’ current major shareholders are the 12 clans of the local indigenous community in East Sepik Province, which invested in the company through the Malaumanda Development Corporation.

The mining exploration company was initially a joint venture between Afrocan Resources Gold (PNG) and the MDC. An exploration license, EL 2421 (Malaumanda), was granted to the venture in May 2016.

The entity was then incorporated as Aiabba Minerals (Aust.) Pty Ltd in Australia, with the aim of creating a portfolio of Papua New Guinean exploration properties. That company is seeking to raise finance, both locally and overseas.

‘It is important for the local community to invest in local companies and their projects.’

The EL 2421 tenement covers 224.9 square kilometres of the southern parts of East Sepik province towards the Central Highlands.

It is believed the area holds potential for gold and copper deposits, porphyry copper-gold-molybdenum deposits and structurally-controlled gold lode deposits.

The company claims that there is the potential for ‘more than one million ounces of gold, or gold equivalent’.

Mondowa says that for Papua New Guinea’s resources and investment sectors to be successfully developed, it is important for the local community to invest in local companies and their projects.

‘There is an educational piece here, where people in the country must learn to move away from a cash culture and, instead, see the long-term value of buying shares.’

‘I think people are starting to understand the potential value here.’

Mondowa believes that buying shares so as to earn a dividend represents a sound option in Papua New Guinea’s current difficult economic environment.

‘It’s vital that people are invested in these projects with strong potential and profit from the success of business in their region.’

‘I think people are starting to understand the potential value here,’ he says.

Mondowa hopes Aiabba Minerals will act as a ‘best practice’ example of a Papua New Guinean company on how to engage with the local community.

Aiabba Minerals is planning to raise finance of A$2 million (K5.1 million) to purchase a drill rig, fund the drilling program at the Malaumanda project and pay for company expenses in 2018.

‘We need to work with foreign investors to support us in the development of these projects.’

Eight prospects have been outlined, with the company aiming to send a crew to prepare drill targets at Malaumanda in March or April of this year.

Working with local shareholders and foreign cornerstone investors to list on the Australian Securities Exchange will be fundamental to the company’s success, he explains.

While the local community is supportive of the project, Mondowa says they must continue to educate local people on the long-term value.

‘We need to work with foreign investors to support us in the development of these projects, but it is also important that the local community is profiting from the project’s success.’