Papua New Guinea’s state-owned company Kumul Petroleum Holdings has sold its 10 per cent stake in Oil Search, with its Managing Director Wapu Sonk reportedly saying it lost A$322 million (K812 m) on the sale. However, David Lennox of investment advisory firm Fat Prophets says overall the country has benefited from the process. 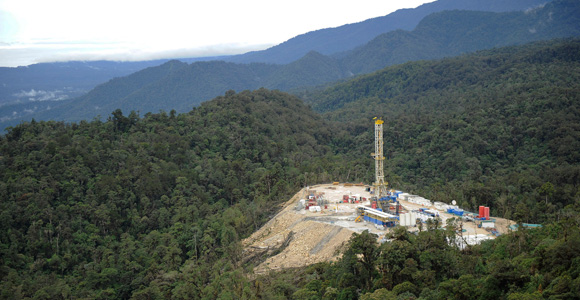 The Papua New Guinea government took a A$1.2 billion (K3 billion) loan from the Australian arm of Swiss bank UBS in 2014 to buy shares in Oil Search, a joint venture partner in PNG’s biggest resources development, the US$19 billion PNG LNG project.

The 31.3 million shares were bought by the government at about A$8 apiece.

‘Don’t look at the sale of Oil Search shares in isolation.’

However, Sydney-based Fat Prophets’ research analyst David Lennox says the country has won, even though they lost out on the share sale—if the original share purchase was to protect the project.

‘Don’t look at the sale of Oil Search shares in isolation. You should add what they’re gaining from the development of the PNG LNG project,’ he tells Business Advantage PNG.

‘If you look at it from the point of view, that was what it took to get the project over the line. Then you’d suggest the country has been a huge winner.

‘They’ve got a US$19 billion asset that’s sitting there. It’s not there yet, but it’s generating a rippling effect.’

Lennox said it appeared as though the sold shares had been broadly dispersed, making Oil Search less likely to be a takeover target. He said that would probably mean it will be ‘business as usual’ for Oil Search.

He estimates that Oil Search’s forward dividend yield for 2018 will be ‘pretty low’ at 1.8 per cent.

Fat Prophets has Oil Search shares as ‘a buy’, implying the share price will go higher than its current price of A$7.05.

The UBS loan comprised two components, a bridging loan of A$335 million (K844 million) and a collar loan, (where the value of the parcel of shares on any day supported the loan itself), of A$904 million (K2.82 billion).

‘Political leaders have been at odds over the sale of the shares.’

The divestment was executed after the market close on Thursday 1st September.

Political leaders have been at odds over the sale of the shares.

Prime Minister, Peter O’Neill, says the PNG state had made about US$30 million (K96 million) from the sale, and the loan action had been necessary. He said the investment had a positive influence on the direction of Oil Search, and had boosted investor confidence in PNG.

Kumul Petroleum Chairman Sir Moi Avei told The Post-Courier that under the current oil and LNG price environment oil prices are likely to stay ‘about the same for next few years’, so maintaining the loan was not sustainable for Kumul Petroleum.